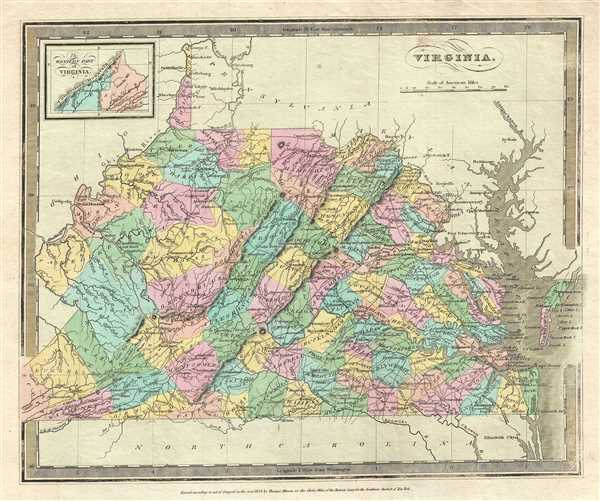 Early map of Virginia before it was divided.

This is a nice example of David H. Burr’s 1834 first edition map of Virginia. It covers all of what is today Virginia and West Virginia as well as the entire Chesapeake Bay. The western part of Virginia (now West Virginia) is included in an insert in the top left quadrant. Offers color-coding at a county level and notes rivers, towns, cities, roads and renders elevation by hachure.