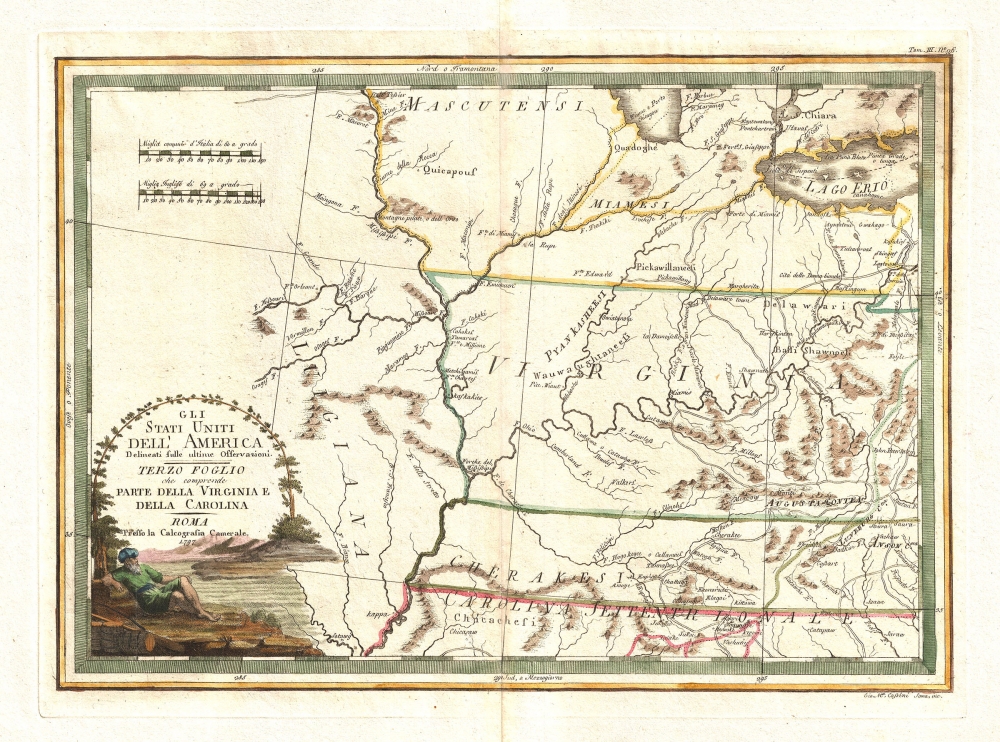 Detailed mapping of American Indian lands between the Mississippi River and the Appalachian Mountains following the American Revolutionary War.
$1,350.00

A very nice example of Cassini's stunning 1797 map of the eastern Mississippi watershed. The map covers from Lake Michigan to the modern day southern Tennessee border and from central Illinois to the Monongahela River. The focus of the map are the western claims, as far as the Mississippi River, of Virginia, North Carolina, and South Carolina. It provides a detailed accounting of American Indian territories as well as European forts. The Fiume e Porto Chicagou near present-day Chicago is identified. It also identifies trade routes from the coastal states inland to American Indian villages, forts, and trading posts.

Cartographically Cassini derived this map from the 1778 Zatta 12 sheet revision and expansions of the John Mitchell's seminal 1755 map of the eastern part of North America. Cassini published six maps of United States regions based upon Zatta's work, of which this is map no. 3. This work was published in Cassini's 1797 Nuovo Atlante Geografico Universale. Today all maps from this series are highly sought after for their exceptional beauty and fine engraving.