1932 French Service Hydrographique Chart and Map of the Virgin Islands 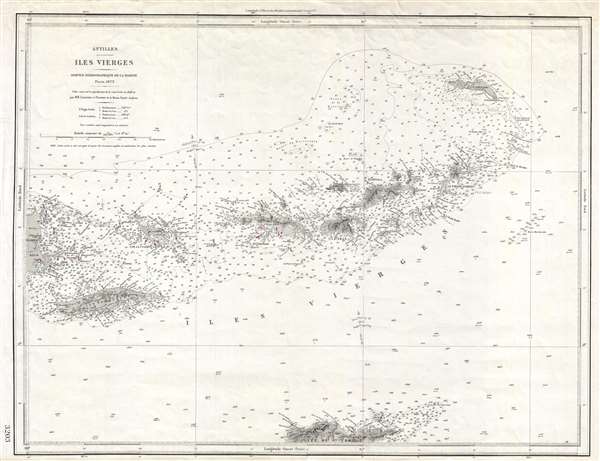 1932 French Service Hydrographique Chart and Map of the Virgin Islands

An uncommon French Dépôt de la Marine nautical chart or maritime map of the Virgin Islands. The map covers the entirety of the Virgin Islands from Porto Rico to I. Anegada and extends as far south as St. Croix. This map was first issued in 1873 and is most likely based upon British Admiralty Charts. The latest update noted in 1932, but notes on the map suggest additional updates as late as 1960. Necker Island, the paradise owned by British billionaire Richard Branson, is noted. Represents Dépôt des Cartes et Plans de la Marine chart no 3203.

Good. Lower margin extended.
Looking for a high-resolution scan of this?