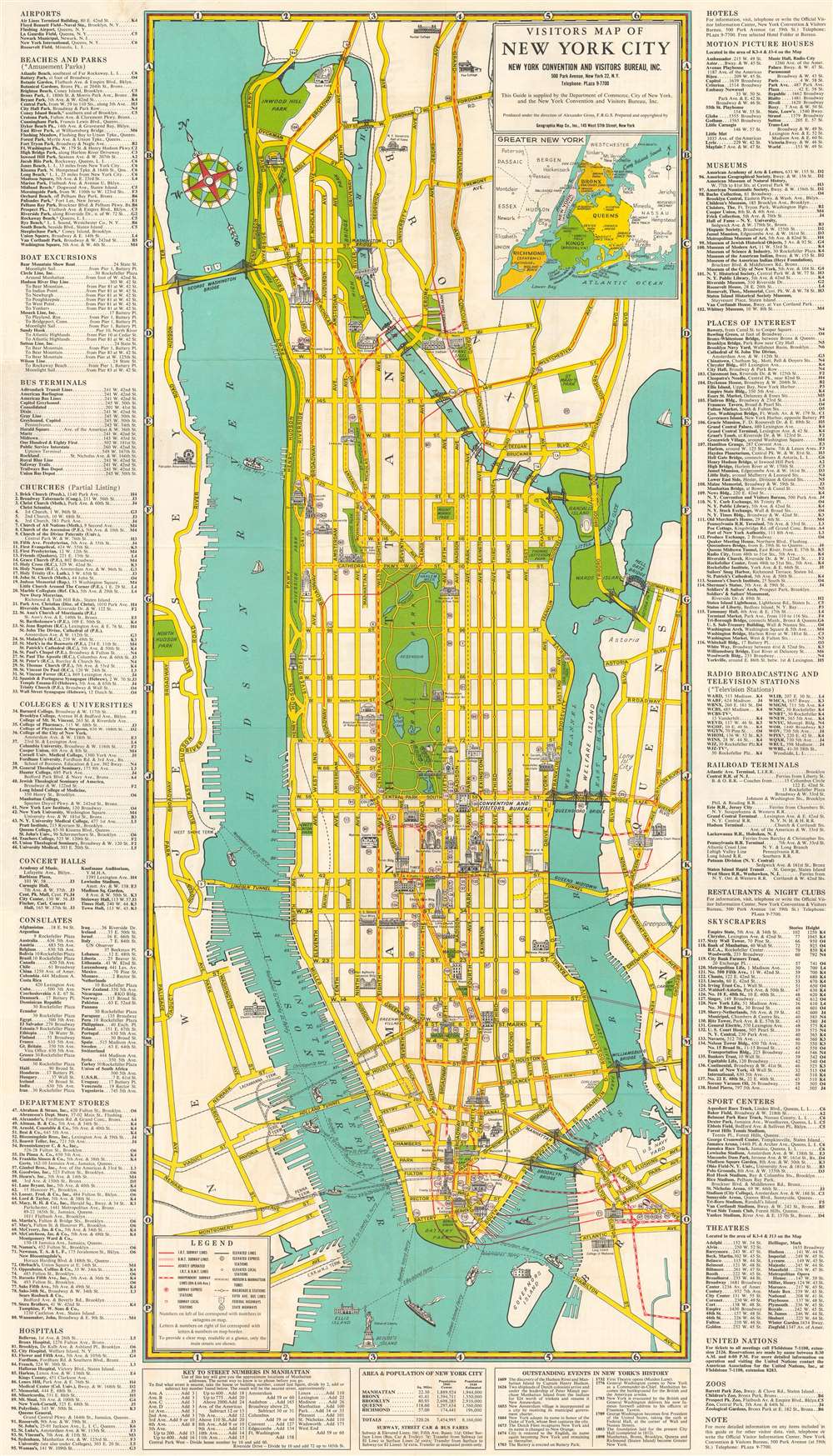 A charming post-war city map of New York City featuring small illustrations of the Empire State Building, Rockefeller Center, and other sites around the city.

This is a c. 1948 Geographia Map Company city map or plan of Manhattan, New York City. Focusing on the island of Manhattan, pictorial vignettes highlight tourist sites throughout the borough, including the Empire State Building, the Chrysler Building, Rockefeller Center, and Yankee Stadium. Parts of Queens, Brooklyn, and the Bronx are also illustrated, along with the New Jersey waterfront along the Hudson River. The bridges spanning both the Hudson and East Rivers are illustrated in profile and both the Lincoln Tunnel and Holland Tunnel are labeled. Only major streets are depicted in Manhattan, with some of the subway lines illustrated as well. An inset map of the greater New York City area situated in the upper right quadrant, shades in the other four boroughs: Brooklyn, Queens, The Bronx, and Staten Island. It also includes the counties in the vicinity, including Westchester and Nassau Counties. A location index is included along both the left and right borders, with a key to street numbers, figures concerning population, and outstanding events in the city's history situated along the bottom.

Very good. Even overall toning. Light wear along original fold lines. Text and printed photographs on verso.
Looking for a high-resolution scan of this?