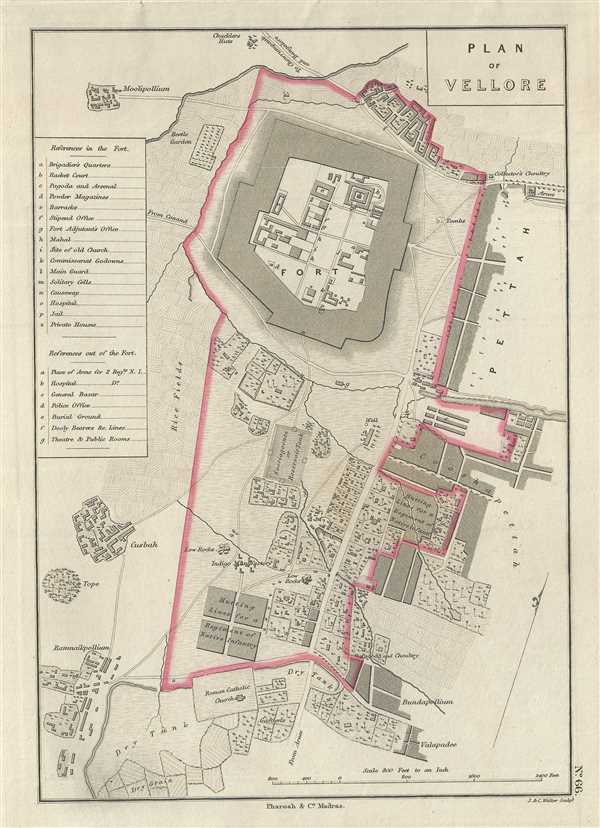 Plan of the Vellore Fort and surroundings in the Indian state of Tamil Nadu.

This is an uncommon 1854 map of Vellore, Tamil Nadu, India issued by Pharoah and Company. The map covers the area around Vellore Fort in the heart of the town when it was under British Rule. Beautifully detailed, notes streets, tanks, fields, gardens, churches, and buildings for military housing. A reference table in the top left lists the various locations marked within the fort as well as some outside the fort walls.

This map was engraved by J. and C. Walker and issued as plate no. 66 by Pharoah and Company in their 1854 Atlas of Southern India.