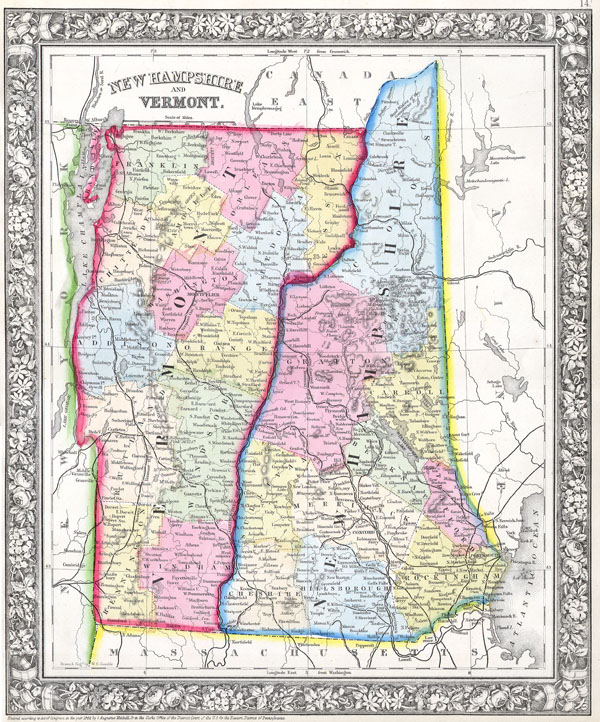 This hand colored antique map of Vermont & New Hampshire is a lithographic engraving dating to 1862 by the legendary American map publisher Samuel Augustus Mitchell Jr. Detailed to the county level with attention to trains, roadways and cities. . Features the floral border typical of Mitchell maps from the 1860-65 period. Prepared by W. H. Gamble for inclusion as plate 14 in the 1864 issue of Mitchell's New General Atlas. Dated and copyrighted, 'Entered according to Act of Congress in the Year 1862 by S. Augustus Mitchell Jr. in the Clerk's Office of the District Court of the U.S. for the Eastern District of Pennsylvania.'