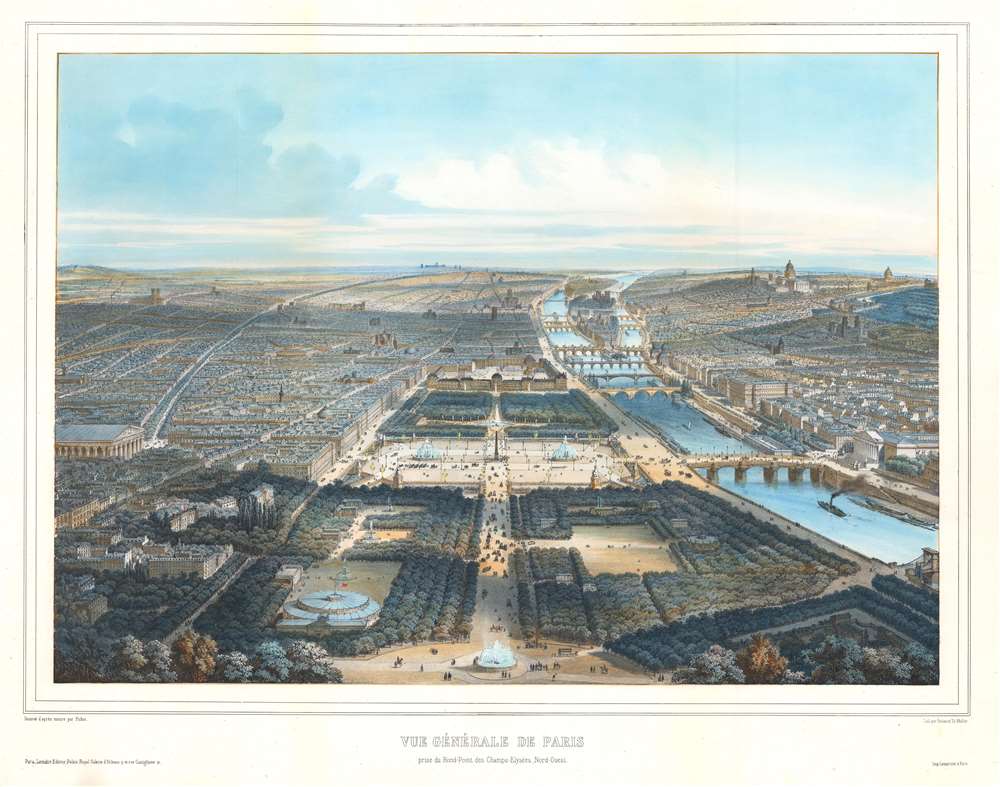 This is an exceptional c. 1896 Michel Charles Fichot chromolithograph bird's-eye view map of Paris, France. The view looks southeast down the Champs-Élysées towards the Place des Concordes, the Jardin des Tuileries, and the Louvre. The Seine with its iconic bridges curves through the heart of the city. Pedestrians, carriages, and a battalion of soldiers ply the streets, emphasizing the bustling French capital.

This view was drawn by Michel Charles Fichot, lithographed by Fichot and Thomas Muller, and printed by Rose-Joseph Lemercier c. 1896. This is the only known cataloged example.