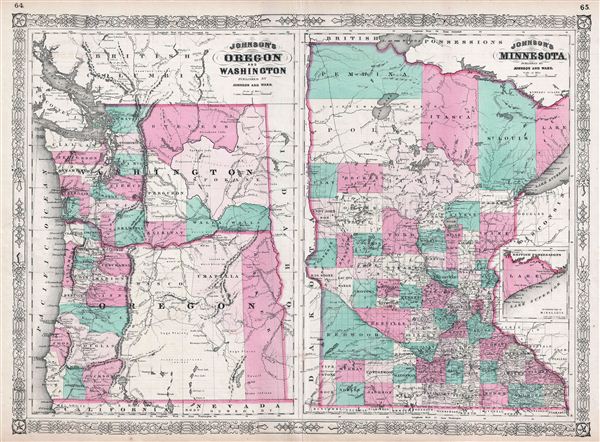 This is a magnificent 1865 hand colored map of Washington, Oregon and Minnesota. One of the more interesting Johnson maps, this edition beautifully depicts railroads, wagon toads, Indian tribes, springs and fords, as well as the usual geographical and political features. Map is dated and copyrighted 'Entered according to Act of Congress in the Year 1865 by A. J. Johnson in the Clerks Office of the District Court of the United States of the Southern District of New York.'