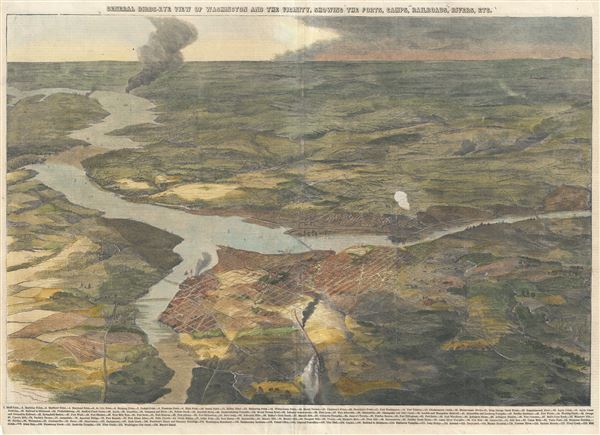 This is a stunning 1862 birds-eye view map or view of Washington D. C. and vicinity issued in the January 4, 1862 edition of Harper's Weekly. This view offers a fascinating snapshot of the nation's capitol shortly after the outbreak of the American Civil War. The view captures Washington looking southward from around Mayfair towards Warrenton and beyond.

This view was issued as part of the January 4, 1862 edition of Harper's Weekly, with part of Charles Dickens' new Christmas Stories appearing on verso.