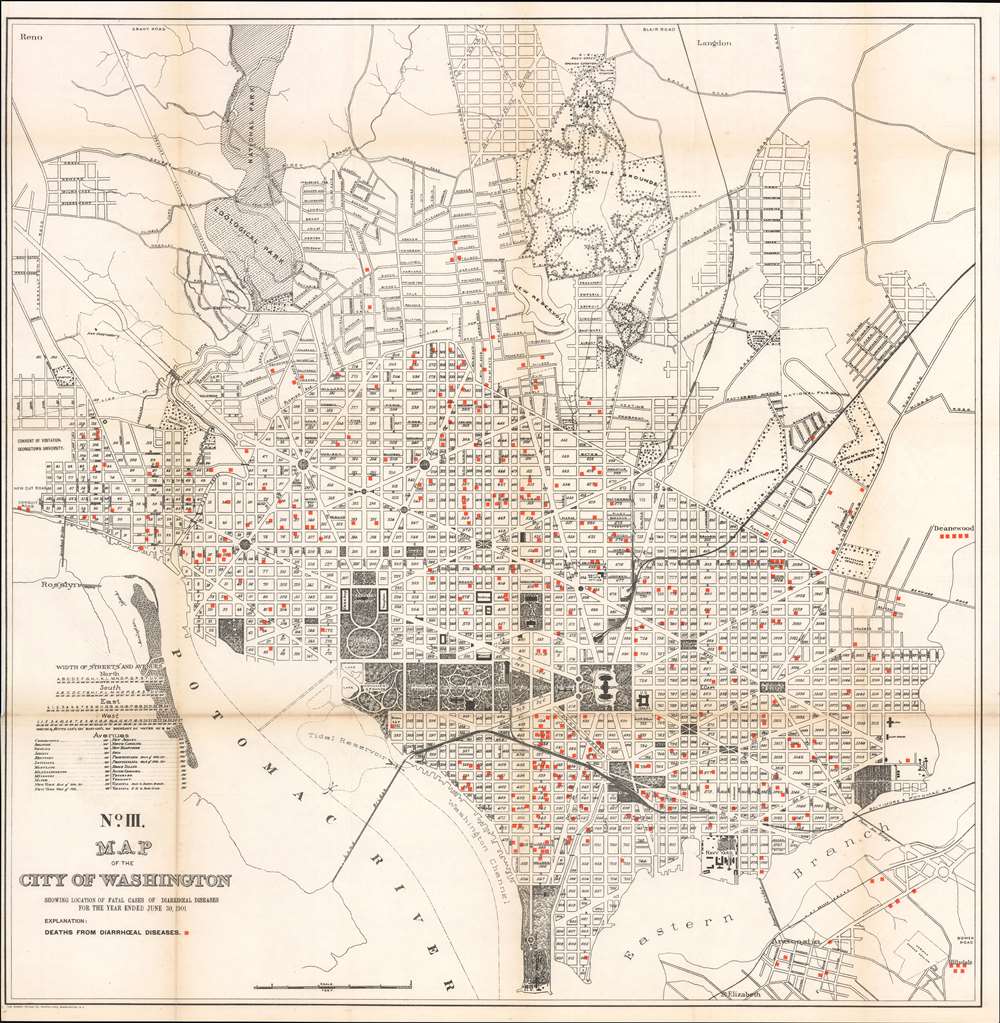 This is a fascinating and rare 1901 Norris Peters map of Washington D.C. illustrating fatal cases of diarrheal diseases. This large map covers from the Rock Creek Cemetery to Haines Point and from Georgetown to the Anacostia River. City blocks are identified numerically. Red overprinted squares mark fatal cases of diarrheal diseases throughout the city.