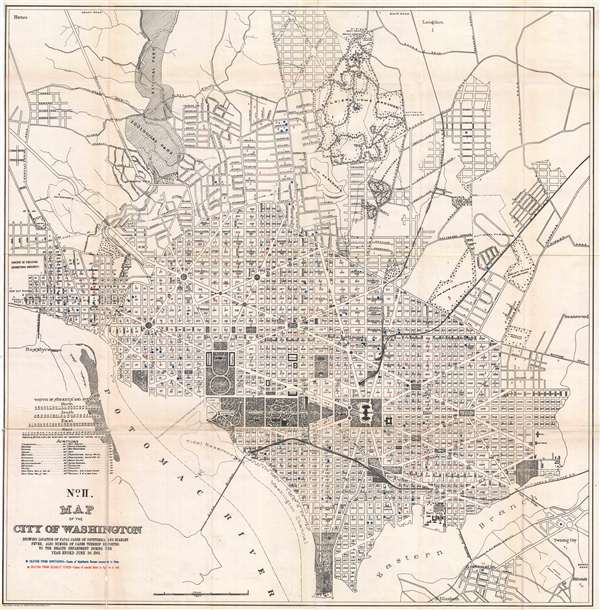 A fascinating 1901 Norris Peters map of Washington D.C. illustrating fatal cases of diphtheria and scarlet fever, as well as the number of cases reported. This large map covers from the Rock Creek Cemetery to Haines Point and from Georgetown to the Anacostia River. City Blocks are identified numerically. The map has been overprinted with a symbol to illustrate fatal cases of diphtheria and scarlet fever throughout the city. The map also includes the information of how many cases of these two diseases were reported over the course of the year. This is intriguing, because of the five maps in this series that we have seen, this is the only map that includes statistics on the number of reported cases.

The map is part of a series printed by the Norris Peters Company of Washington D. C. to illustrate a report to the Commissioners of the District of Columbia. This map appears to be quite rare. We have been able to identify one other example in an institutional collection.