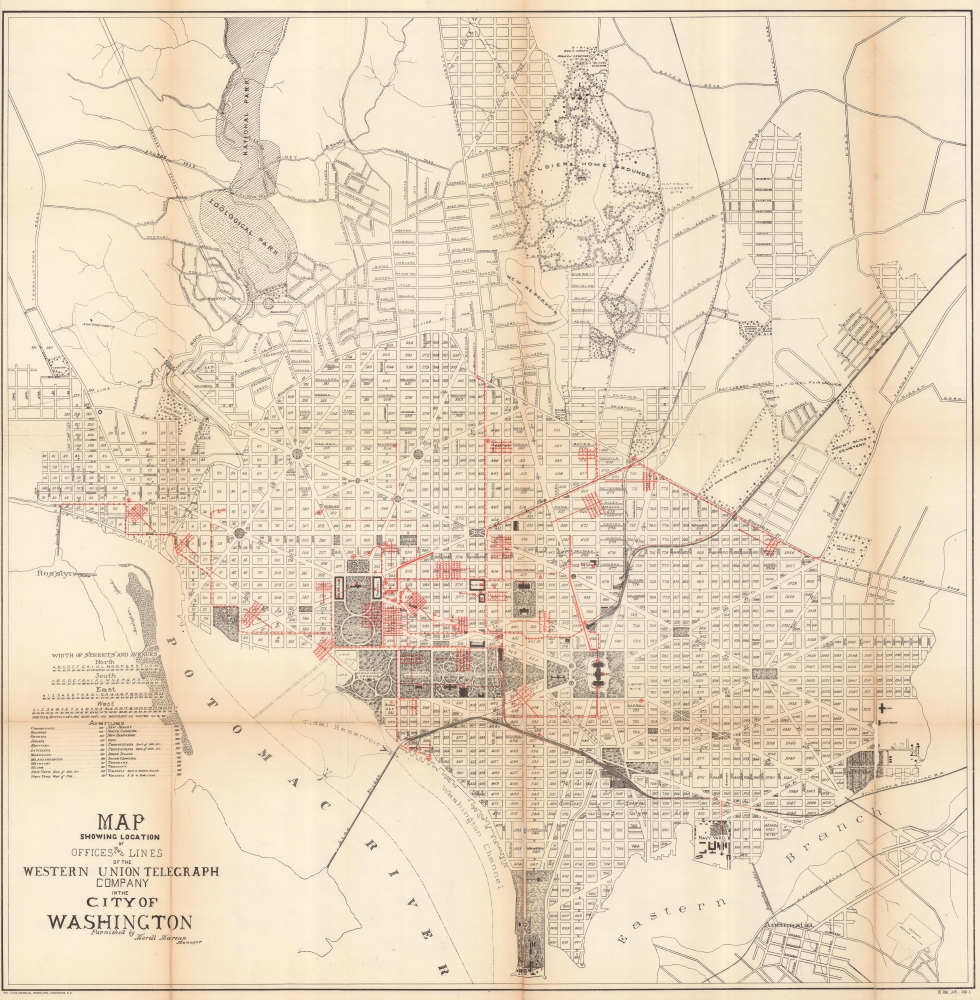 A fascinating 1891 map of Washington D.C. illustrating Western Union Telegraph lines and office. This large map covers from the Rock Creek Cemetery to Haines Point and from Georgetown to the Anacostia River. City Blocks are identified numerically. The map has been overprinted in red to illustrate Western Union Telegraph Lines and offices, information provided by Morell Marean, manager of Western Union. The map is part of a series printed by the Norris Peters Company of Washington D. C. to illustrate a report to the Commissioners of the District of Columbia. This map appears to be quite rare. We have been able to identify only one other example held in the archives of George Washington University.