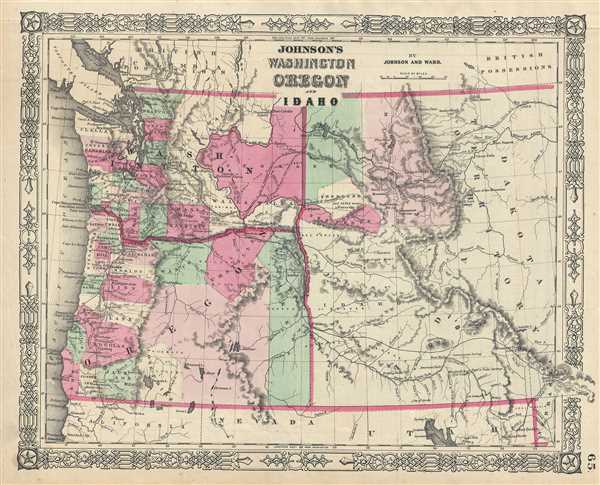 This is Johnson and Ward’s beautifully hand colored 1866 map of Washington, Oregon and Idaho, with parts of modern day Montana and Wyoming. This map shows cities, topographical features, railways, ferries and roads with color coding at the county level. Additionally shows several American Indian tribes, forts, mines, important mountain passes, the route of famous explores including Fremont (1843), and the ill-conceived Stevens route for the Pacific Railroad.

Features the fretwork style border common to Johnson's atlas work from 1863 to 1869. Published by Johnson and Ward as plate no. 65 in the scarce 1866 edition of Johnson's Family Atlas.