1875 Gray Map of Washington and Oregon 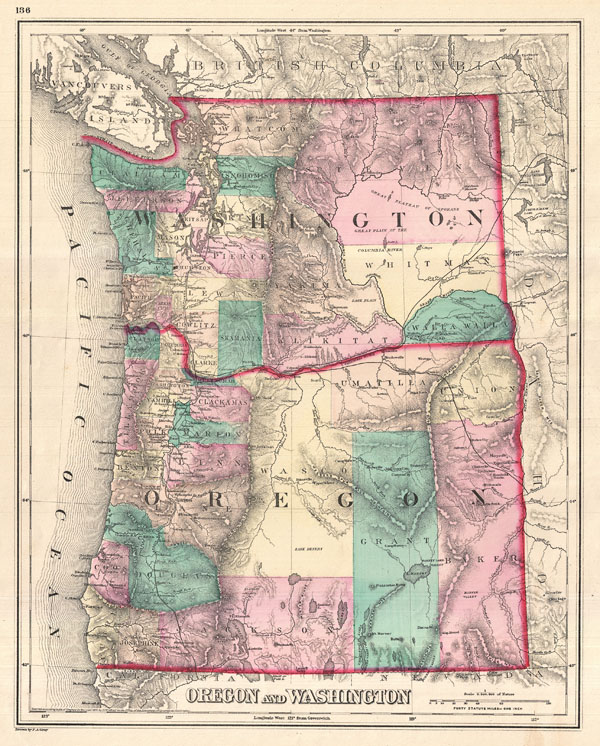 1875 Gray Map of Washington and Oregon

A visually stunning 1875 map of Oregon and Washington by Ormando Gray. Offers beautiful engraving and vivid hand color at the county level. Shows cities and railways as well as topographical features such as lakes, rivers, valleys and mountains. A very nice example of late 19th century American cartography.