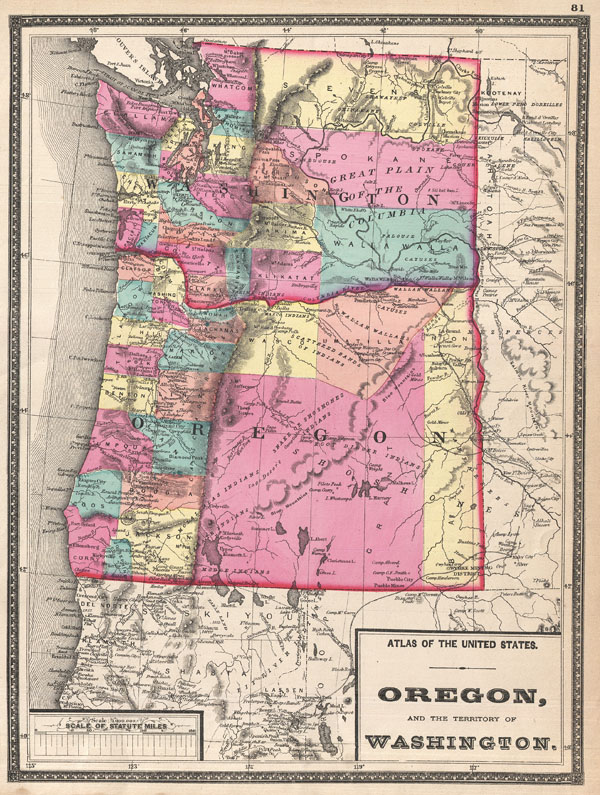 This is Walling and Grey's 1872 map of Washington and Oregon. Shows both the state of Oregon and the territory of Washington in full with vivid hand coloring at the county level. Show various American Indian Nation throughout.

Walling, H. F., and Gray, O. W., New Topographical Atlas of the State of Ohio with Descriptions Historical, Scientific, and Statistical, Together with Maps of the United States and Territories, (Cincinnati: Stedman, Brown & Lyon) 1872.

Very good condition. Light overall toning.
Looking for a high-resolution scan of this?