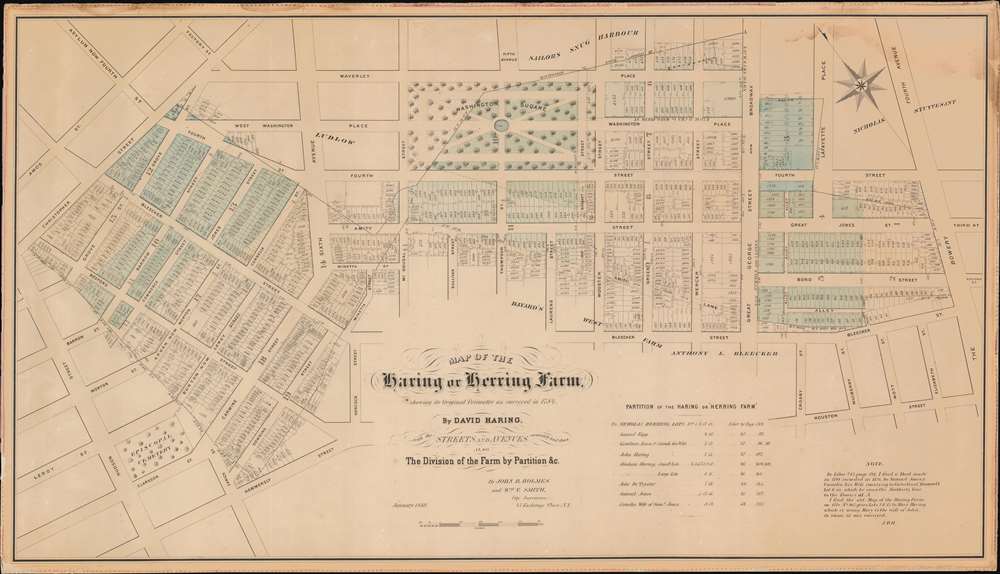 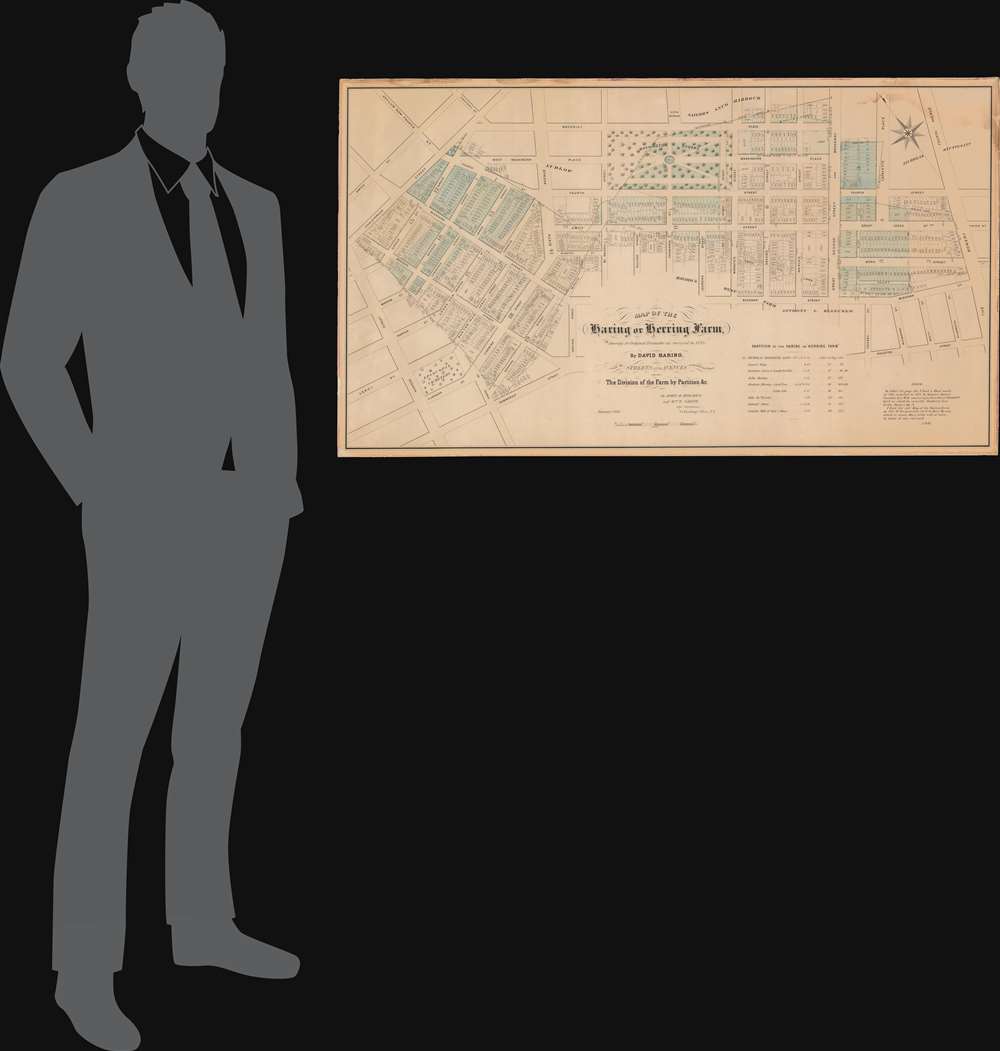 This is John Bute Holmes's rare January 1869 cadastral map of Greenwich Village, or more properly the West Village, New York City. Like Holmes' rarest and most desirable work, this is one of the earliest, if not the earliest, specific published maps of the West Village, including the area around and immediately to the south of Washington Square Park. Reference tables in the lower right and left corners reference deeds and other property documents on file with the city Clerk's office.

In the early 19th century most of Manhattan was undeveloped farmlands, the property of wealthy landowners with claims dating to the New York's Dutch 'New Amsterdam' period. The northern two thirds of Manhattan was dotted with farms and sprawling gentlemanly estates, many with great manor houses overlooking the Hudson River. The Commissioner's Plan of 1811, and the 1807 Commission Law, laid the street grid through many of these properties and gave the city the right to claim these lands under eminent domain, providing compensation to the landowners. While this work occurred early in lower Manhattan, central and upper Manhattan were not formally acquired by the city until the mid-19th century.

Holmes became fascinated by the early history of Manhattan real estate ownership, recognizing a business opportunity in accurately understanding the history of city land ownership, division, and inheritance. Moreover, Holmes allied himself with the corrupt Tweed administration, assuring himself and his allies even greater wealth and political power from the eminent domain seizure of old Manhattan estates. Holmes created a series of maps, reminiscent of John Randall's 'Farm Maps', overlaid with property data, showing the borders of old estates, and notating the breakup of the lands among various heirs. The complex work of compiling the maps earned Holmes a fortune, with one newspaper suggesting on his death in 1887 that some of his individual maps were worth more than 30,000 USD. There is no complete carto-bibliography of Holmes' maps, but we believe there to be at least 50 maps, possibly more.

This map was laid out and published in January of 1869 by John Bute Holmes. Like most Holmes maps, this map is today exceedingly rare. We are aware of just 3 known examples in private hands and one uncatalogued example at the New York Public Library.


William V. Smith (1840 - ????) was a New York City surveyor active in the middle to late 19th century. Smith, although quite litigious, is otherwise elusive due to the commonness of his name. He was born in New York, and held the position of City Surveyor with John Bute Holmes in the 1860s and 1870s. He produced several maps in partnership with Homes. In 1886 he was appointed Deputy Commissioner of the Department of Public Works under the notoriously corrupt Rollin M. Squire. Learn More...