1871 Sikkel Manuscript Map of the World in Hemispheres 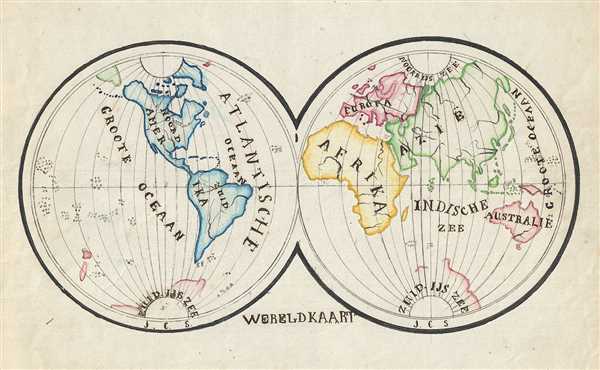 1871 Sikkel Manuscript Map of the World in Hemispheres

This unusual 1871 manuscript map of the world was drawn by J. C. Sikkel. It features the entire world on a hemispherical projection. Important rivers and seas are also identified with islands marked. Features wonderful calligraphy used in naming continents and seas. Wonderful hand color and whimsical overall presentation. This map was drawn in 1871 by J.C. Sikkel as part of Der Atlas Geheele Aarde.