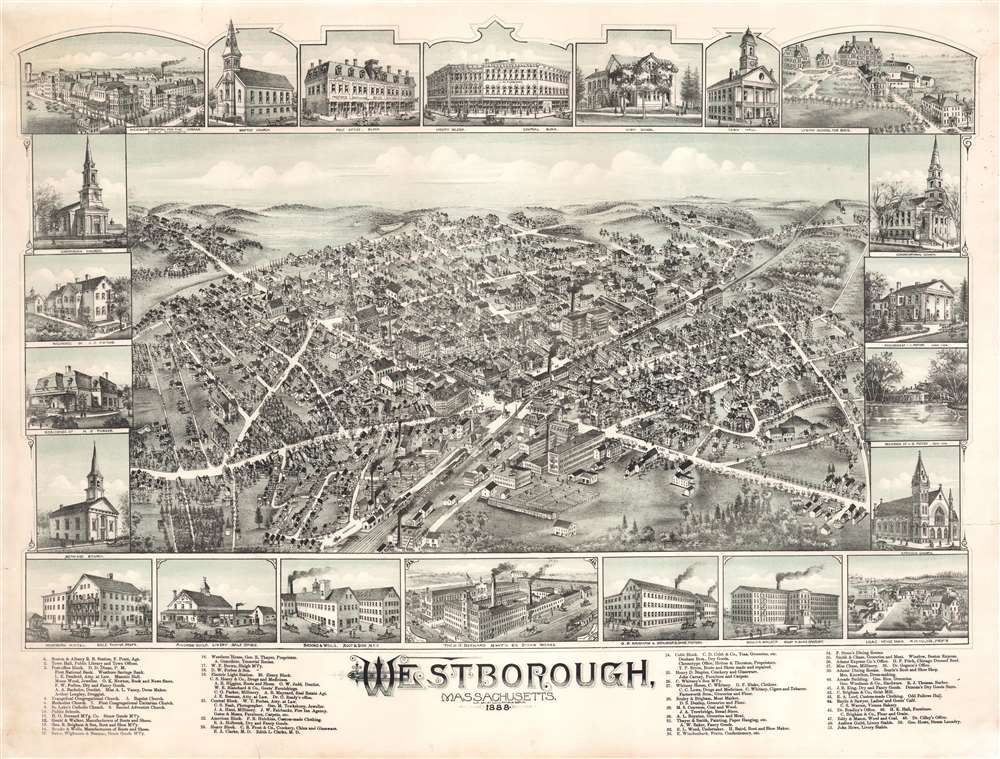 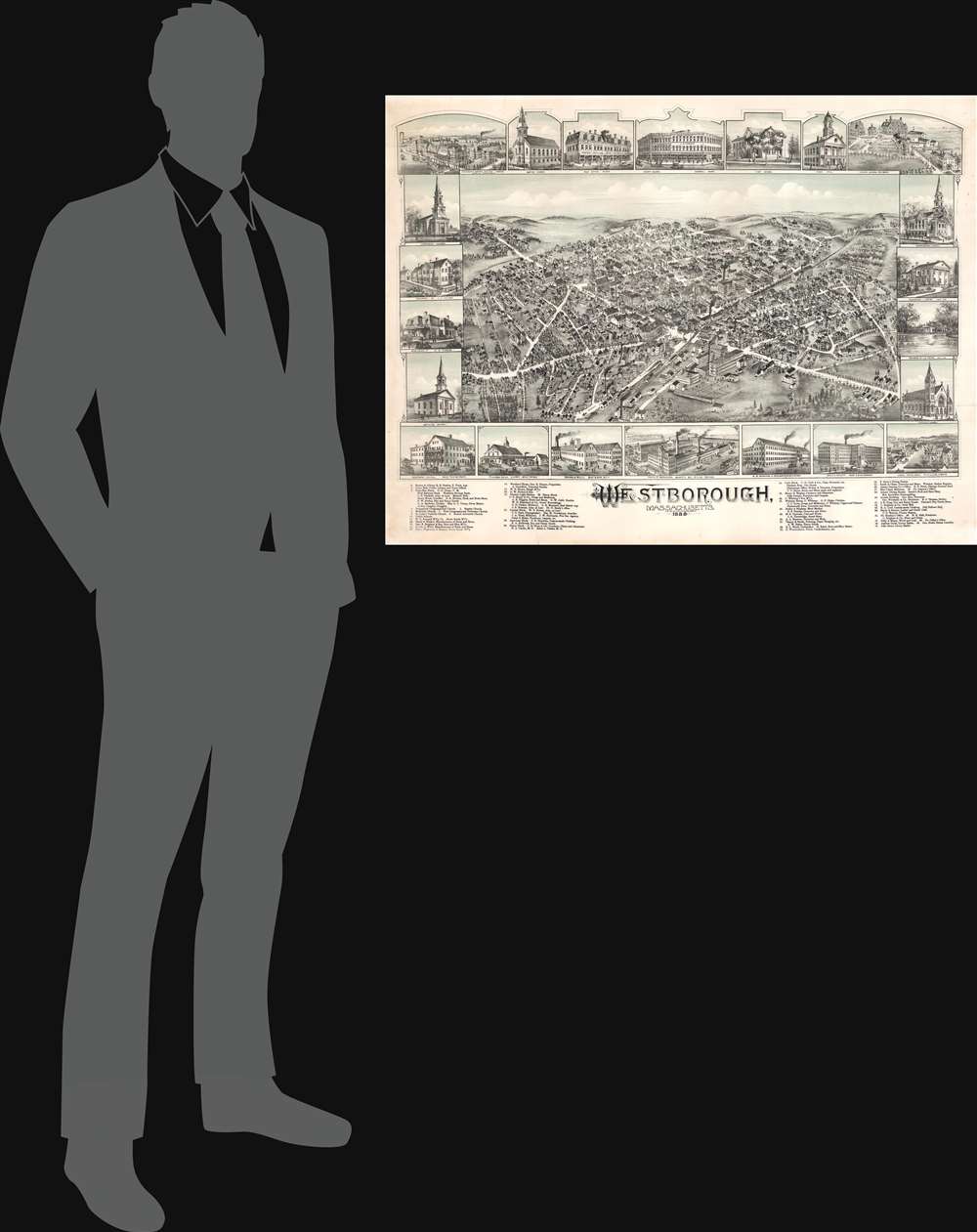 A striking O. H. Bailey two-color chromolithograph bird's-eye view of Westborough, Massachusetts. The view looks west on the town from a fictional highpoint (or he drew it from a balloon) roughly in the location of Cedar Swamp. The whole is notably more elaborate than most comparable views, highlighting Westborough's significance and prosperity. The central view is surrounded by 22 framed illustrations of significant structures, ranging from churches and municipal buildings to enormous factories and the stately homes of the local elite. The Lyman School for Boys, the first reform school in the United States, appears in the upper right. At the base of the map a table identifies some 51 locations corresponding to numbers on the view.

This view was drawn and published in Boston in 1888 by Oakley Hoopes Bailey. It is the second and largest of two known views of Westborough - the first having been published in 1880 by Beck and Pauli. Reps identifies examples at the Massachusetts State Library, the Boston Public Library, and the American Antiquarian Association. We note an additional example at the Library of Congress.