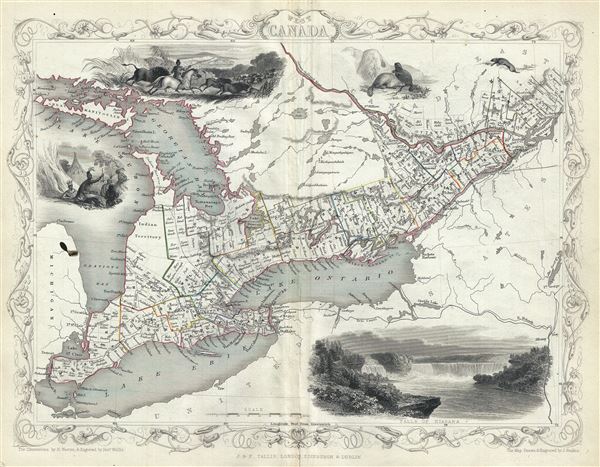 This is John Tallis' extremely attractive c. 1850 map of West Canada or what is now Ontario. Includes Lake Erie, Lake Ontario, and part of Lake Huron with Georgian Bay. Features five stunning vignettes which include American Indians on horseback chasing buffalo across the great plains, Several American Indians sitting around a tree with a teepee in the background, two seals, an otter, and in the lower right quadrant, Niagara Falls. The whole is surrounded by a decorative vine motif border. The vignettes for this map were drawn by H. Warren and engraved by Robert Wallis. The map itself is the work of John Rapkin. Issued for inclusion in John Tallis' 1851 Illustrated Atlas…