1858 Colton's Map of the Western Hemisphere 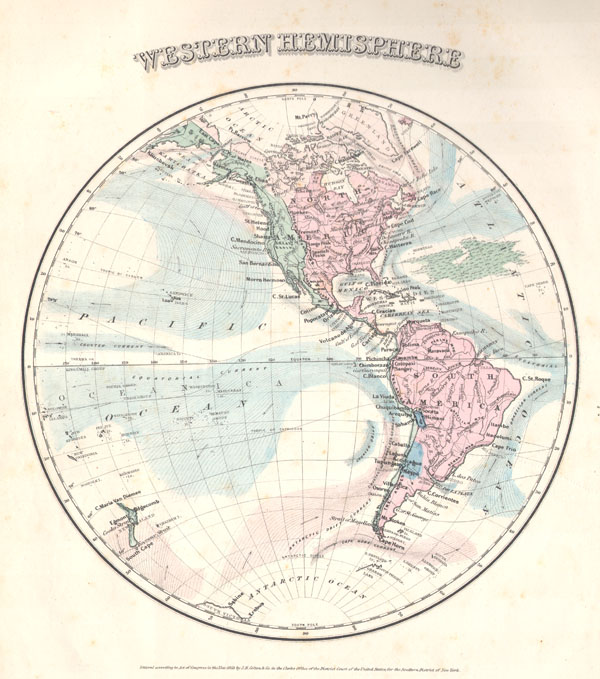 1858 Colton's Map of the Western Hemisphere

This rare hand colored map is a copper plate engraving, dating to 1858 by the well known 19th century American Mapmaker Colton. It is a representation of the Western Hemisphere, including North and South America. Oceanic features such as the Sargasso Sea This map is from the rare transitional Colton's Cabinet Atlas. This rare map indicates products by region, temperature, and general elevation. The California Gold region is clearly noted. Map is dated 1858.

Very good. Light foxing here and there. Scratch that does not penetrate paper in South America - not easily seen.
Looking for a high-resolution scan of this?