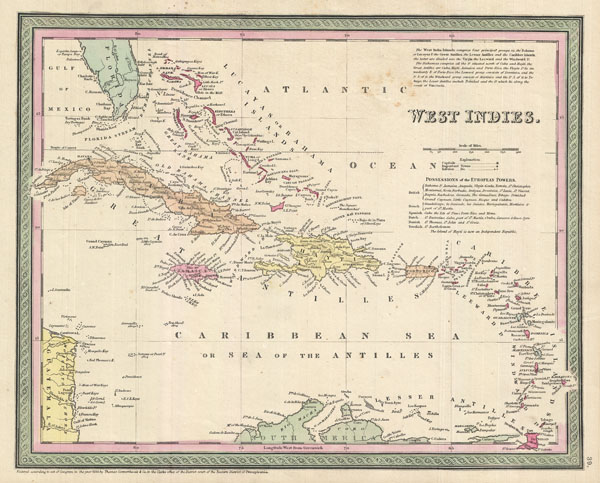 This scarce hand colored map is a lithographic engraving of the West Indies dating to 1850 by the legendary American Mapmaker S.A. Mitchell, the elder. Covers from Florida and the Bahamas south through the Caribbean nations of Cuba and Hispaniola (Haiti & the Dominican Republic) to the northern Part of South America and east to the Caribbee Islands or the Lesser Antilles. Includes the Bahamas (Bahama Islands).

Very good condition. Minor spotting around the 'TIC' in 'Atlantic'. Else clean.