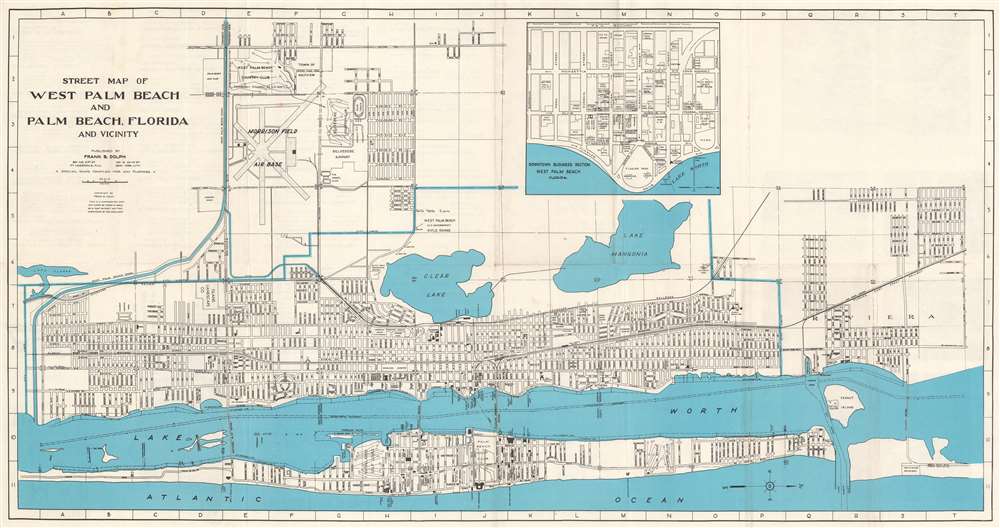 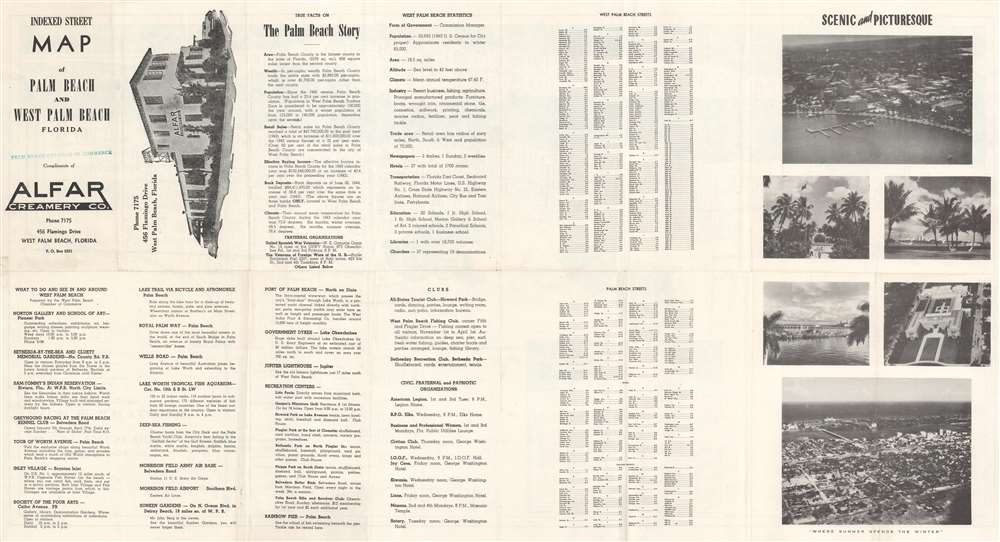 This is a c. 1943 Frank B. Dolph city plan or map of West Palm Beach and Palm Beach, Florida, during World War II. Throughout the war, Palm Beach was a training ground for American troops and a target for German attacks - 8 ships were sunk off Pam Beach by German U-Boats. The map is oriented to the east. The Florida East Coast Railway cuts its way through West Palm Beach and its passenger station and freight depot are both identified. Clear Lake, Lake Mangonia, and Lake Worth are all illustrated. Morrison Field Air Base, a U.S. Army Air Corps base, opened in 1942 and operated as a military installation until it closed in 1962, when it was known as Palm Beach Air Force Base. An inset, situated just to the right of center, details the downtown business section of West Palm Beach. Department stores (including Montgomery Ward and Company and J.C. Penney), real estate offices, churches, the telephone company, and the county courthouse are among the labeled locations.

This map was created and published by Frank B. Dolph c. 1943. We see no institutional holdings and no market history.