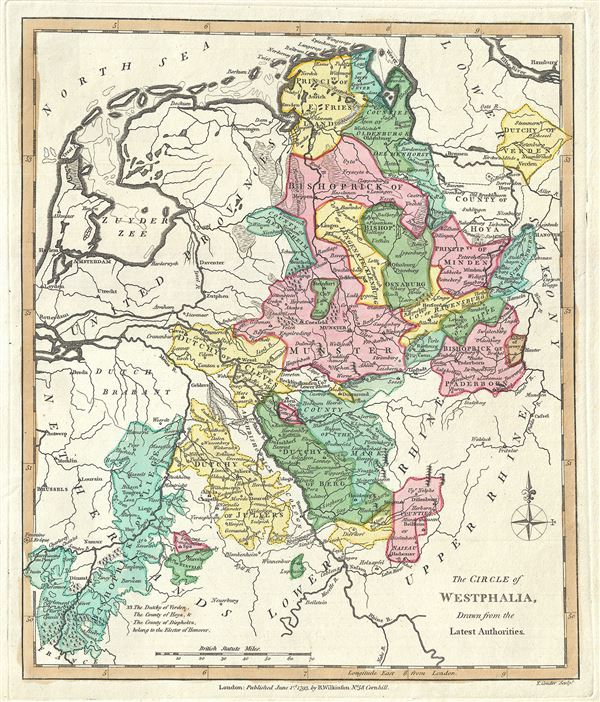 A finely detailed 1793 map of Westphalia by Robert Wilkinson.  While the name 'Westphalia' is used for several different overlapping areas in central to western Germany, this map shows the area from the North Sea and the Netherlands in the upper left, to France in the lower left, and from the Hamburg in the upper right to the Upper Rhine in the lower right. It outlines the feudal Duchies and Counties of Westphalia as they were before being joined with other Prussian states in 'The Kingdom of Westphalia,' briefly a French vassal state under Napoleon from 1807-1816. The area was made famous in 1648 when the 'Peace of Westphalia' was signed in Munster and Osnabruck, ending the Thirty Years' War.

This map was engraved by Thomas Conder and issued as plate no. 18 in the 1792 edition of Robert Wilkinson's General Atlas.