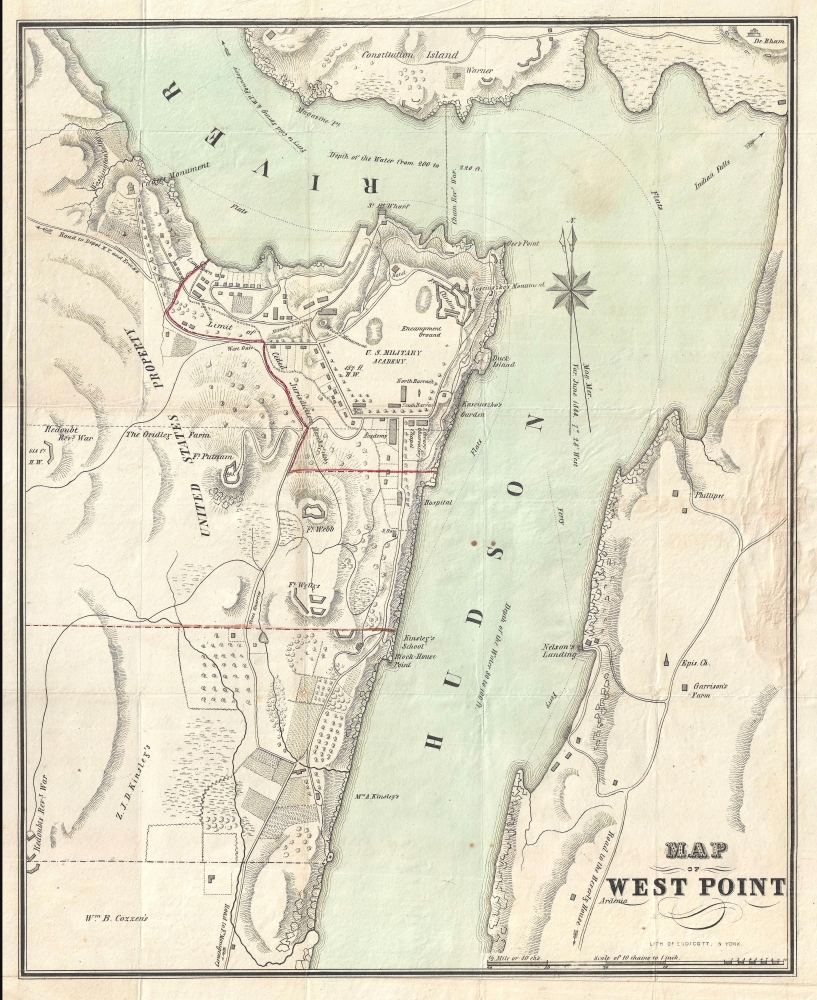 A very rare 1844 guide book and map of West Point, New York by J. H. Colton. The map is centered on the U. S. Military Academy at West Point and covers from Constitution Island to Garrison just across the Hudson River. The map identifies the buildings and confines of the Military Academy as well as the surrounding terrain. Nearby farms and homeowners are also identified.

The Military Academy at West Point is one of the most elite schools in the United States. When this map was published, it was even more so, admitting only about 50 students, generally individuals with wealth and connections, each year. Thomas 'Stonewall' Jackson for example, graduated just two years after this map was published and was probably a student when it was being compiled.

This map accompanies Colton's Guide Book to West Point, published in 1844. The guidebook is 112 pages long and features chapters on some of the more notable West Point figures as well as notes regarding the surrounding lands and properties. The volume and map are very rare and scarce on the market. An essential item for the West Point collector.

Colton, J. H., Guide Book to West Point and Vicinity; Containing Descriptive, Historical, and Statistical Sketches of the United States Military Academy, and of Other Objects of Interest (New York) 1844.