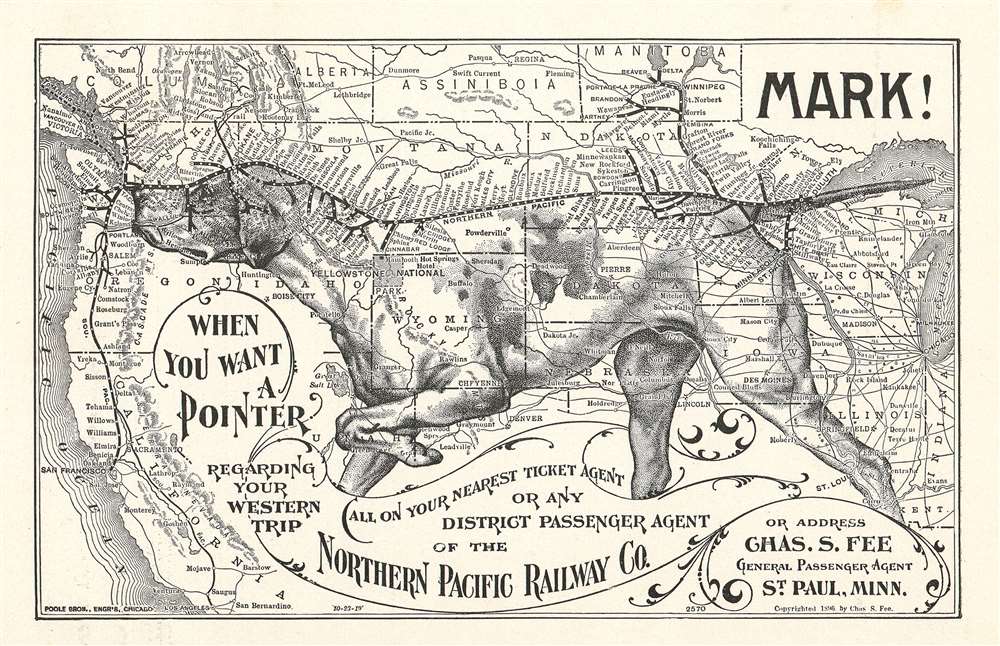 When you want a pointer…'

This map was engraved and printed for the Northern Pacific by Poole Brothers of Chicago. It appears to be quite rare, with only a single 'digital' example listed at the OCLC and one at the Washington State Historical Society. This map was printed in several different formats. We have encountered it printed on stationary and, as here, in the form of a print magazine advertisement.