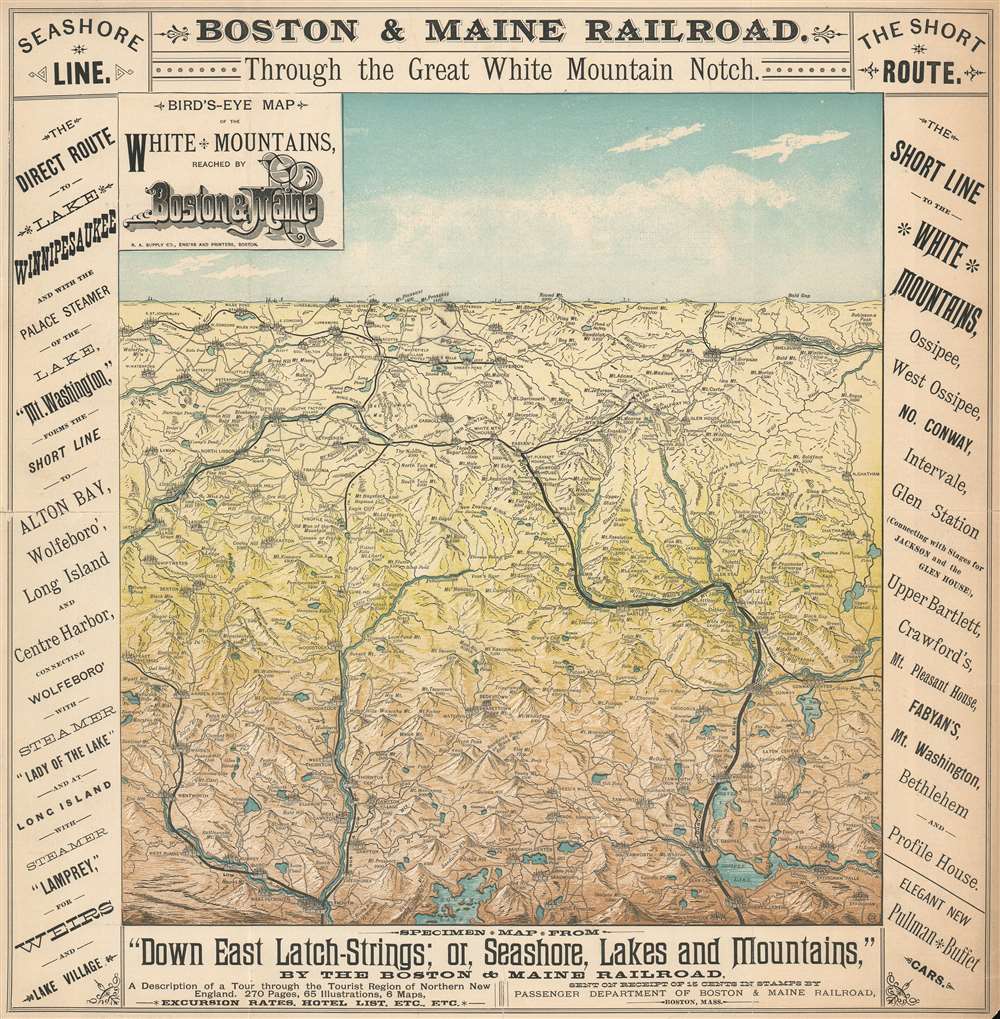 This is an 1887 Boston and Maine Railroad bird's eye view map of the White Mountains promoting their service in the area to tourists. The view depicts the region from St. Johnsbury and East Haverhill to Shelburne, Chatham, and Conway Center and from Lancaster and Jefferson Mills to Plymouth and Squam Lake. Beautifully engraved, every mountain in the region is labeled and its elevation is given. Myriad cities, towns, and villages are identified, along with rivers, ponds, and lakes. Railroad routes in the region, including those of the Boston and Maine Railroad and the Maine Central Railroad, are illustrated by thick black lines. The whole is framed by text advertising the Merrimack Valley Route and the Seashore Route operated by the Boston and Maine Railroad to the White Mountains. In the lower right corner of the advertising surround, a short text promotes 'elegant new Pullman Buffet Cars. At the end of the 19th century, Pullman cars were considered the height of luxury and would have been enticing to potential travelers.

This map was engraved and printed by the Rand Avery Supply Company and published by the Boston and Maine Railroad in 1896. There are several different states, as the map was licensed for advertising purposes. Some examples appeared with elaborate advertising surrounds, as here, and others were published without the surround.