1867 Weyss Map of the U.S. Civil War Battlefield of the Wilderness, Virginia 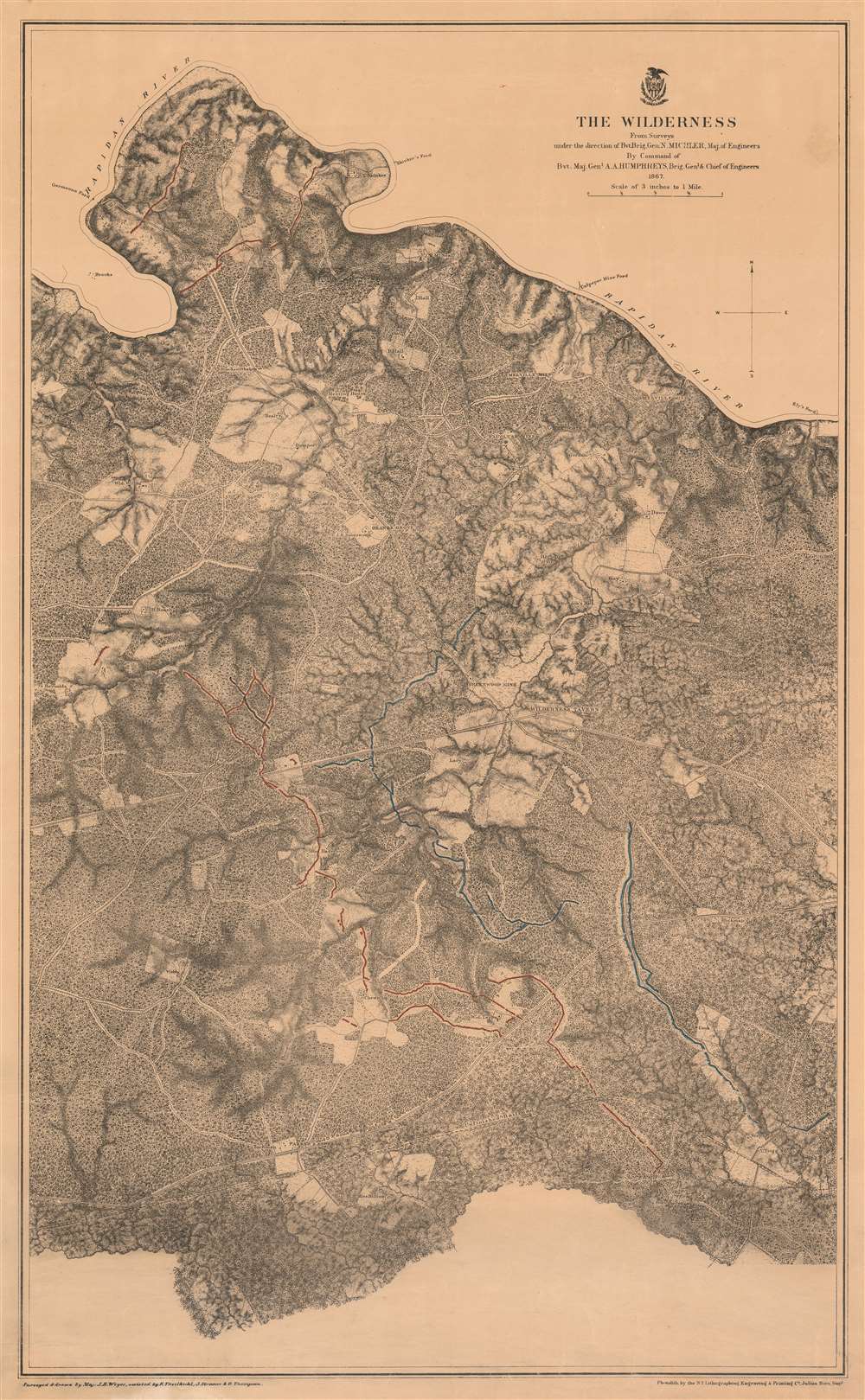 1867 Weyss Map of the U.S. Civil War Battlefield of the Wilderness, Virginia

This is an 1867 John Weyss and Nathaniel Michler map of the battlefield of the Wilderness in Virginia. The map depicts the region from Brook's Ford on the Rapidan River to the Carpenter homestead and from Rapidan River to Miss Billion's homestead. The first battle in General Ulysses S. Grant's Overland Campaign against Robert E. Lee's Army of Northern Virginia, the Battle of the Wilderness ended in a strategic stalemate. Nonetheless, Grant was undeterred and did something no other Union commander had up to that point in the war: he continued on the offensive instead of retreating. By continuing his push deeper into Virginia, even though the Army of the Potomac had suffered catastrophic casualties, Grant won the admiration and support of his soldiers, as they were convinced that the commander of the Army of the Potomac would finally lead them to victory.

The Battle of the Wilderness

Fought bewteen May 5-7, 1864, the Battle of the Wilderness was fought in a dense forest south of the Rapidan River in northern Virginia. Union forces under General Warren crossed the Rapidan on the morning of May 5 at Germanna Ford (labeled here in the upper left quadrant) and proceeded through the underbrush toward Spotsylvania Court House. General Warren and General Meade both believed that General Lee and his army would take up defensive positions several miles away, thus neither believed a battle was imminent, and General Warren ordered his men to make camp around Wilderness Tavern (labeled here). However, the following day, Warren received word that Confederate infantry was advancing along Orange Turnpike (illustrated here and is the upper of the two roads running from left to right across the page) and received orders to engage them. Fierce fighting ensued, along the Turnpike, and soon another Union General, Samuel Crawford, was fighting a Confederate force advancing along the Orange Plank Road (also labeled here). Fighting continued until night fell, when everyone withdrew for the night. These battle lines are approximately illustrated here, with Federal defenses colored in blue, while Confederate lines are shaded red. The following day, May 7, both sides were dug in a prepared for another day of fierce combat. Grant, however, realized that nothing could be gained from continuing to fight here, and ordered Meade and his army to withdraw from their earthworks that night and continue on to Spotsylvania Court House.

Very good. Mounted on linen. Even overall toning. Exhibits some soiling to margins. Blank on verso.