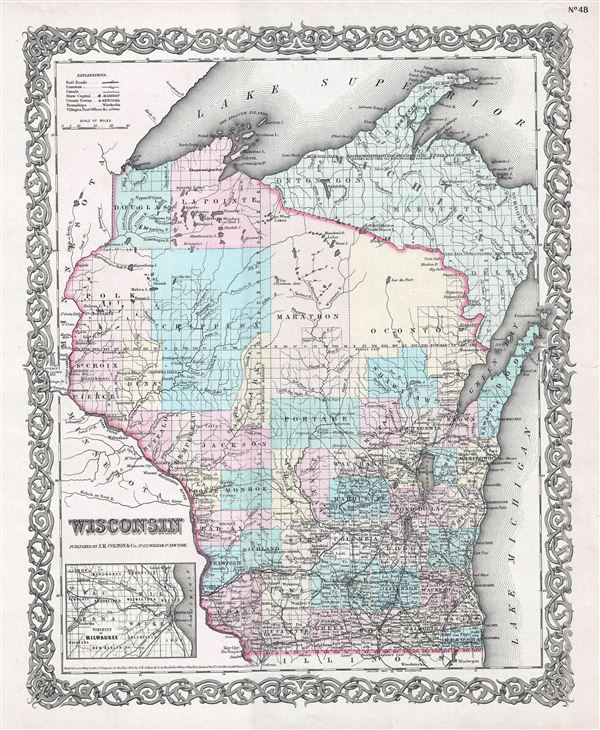 An excellent 1855 first edition example of Colton's map of Wisconsin. Like most of Colton's state maps, this map was derived from an earlier wall map of North America produced by Colton and D. Griffing Johnson. Covers the entire state bounded on the north by Lake Superior, on the east by Lake Michigan, and on the west by Minnesota Territory. An inset of the vicinity of Milwaukee appears on the bottom left corner of the map. The map also delineates survey grids and plats referencing the work of the U.S. Land Survey. Several American Indian reservations, including the Oneida Reservation, are noted.