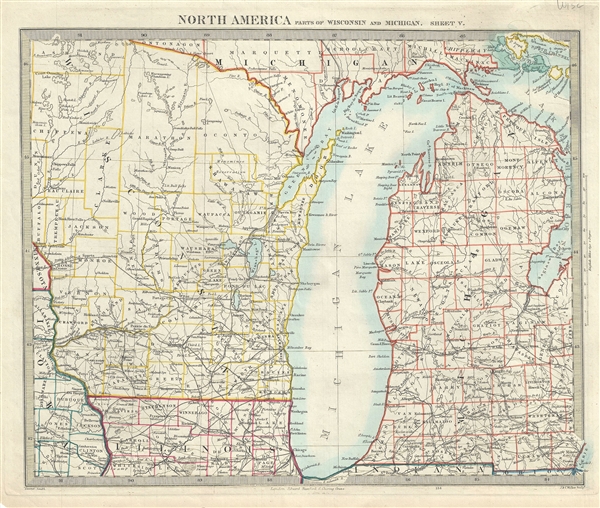 This is a scarce and important map issued by the Society for the Diffusion of Useful Knowledge, or S.D.U.K. in 1875, depicting Lake Michigan, the second largest of the five Great Lakes, and the only one that lies entirely within the United States. Centered on Lake Michigan, it covers the surrounding region including the states of Michigan and Wisconsin. It depicts counties in outline color. The map notes railways, cities, towns, rivers, lakes and a host of other topographical features.

Issued in Edward Stanford’s Maps of the Society for the Diffusion of Useful Knowledge and engraved by J. and C. Walker.

Maps of the Society for the Diffusion of Useful Knowledge, (London: Edward Stanford), 1875.

Very good. Minor foxing and edge wear.
Looking for a high-resolution scan of this?