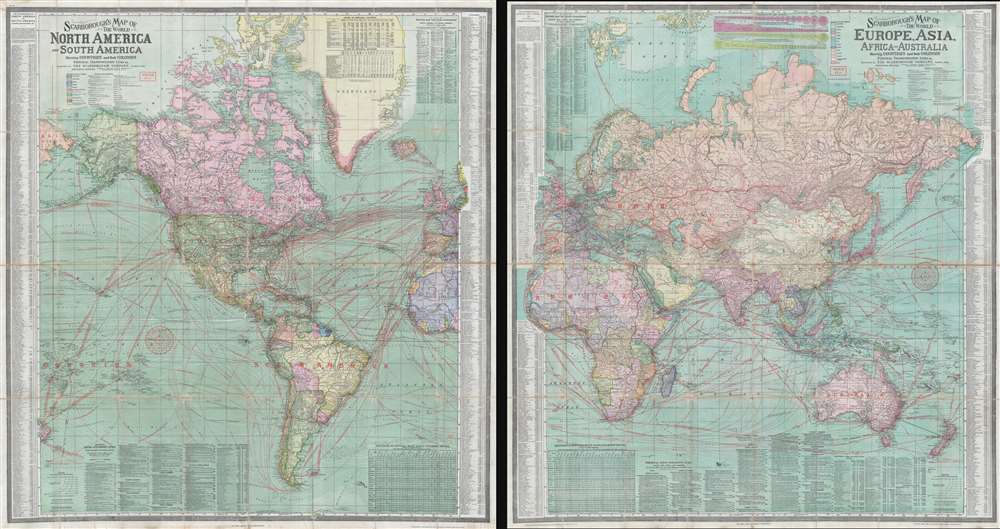 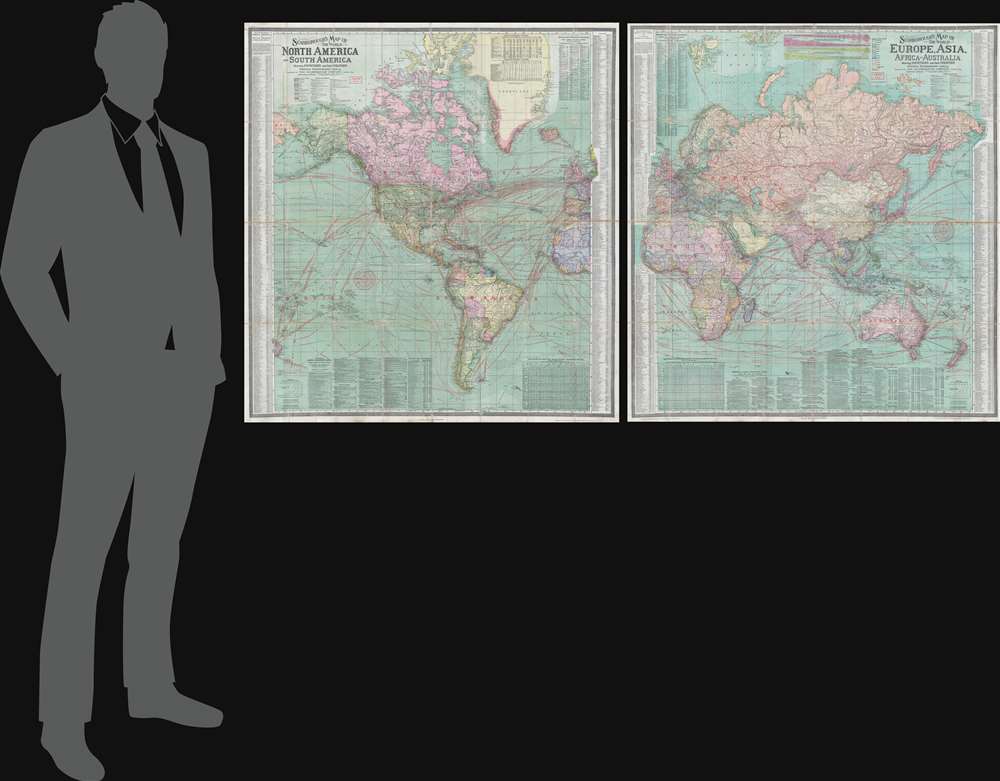 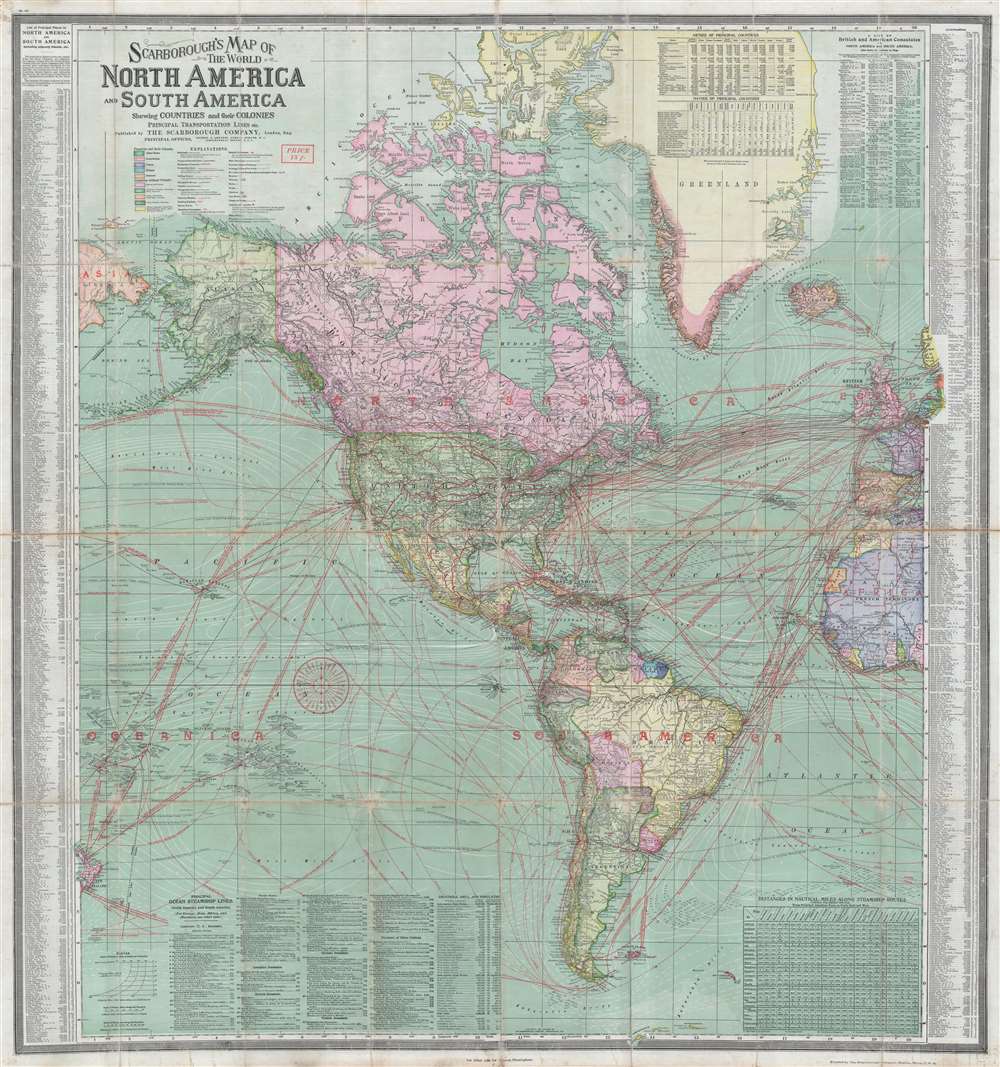 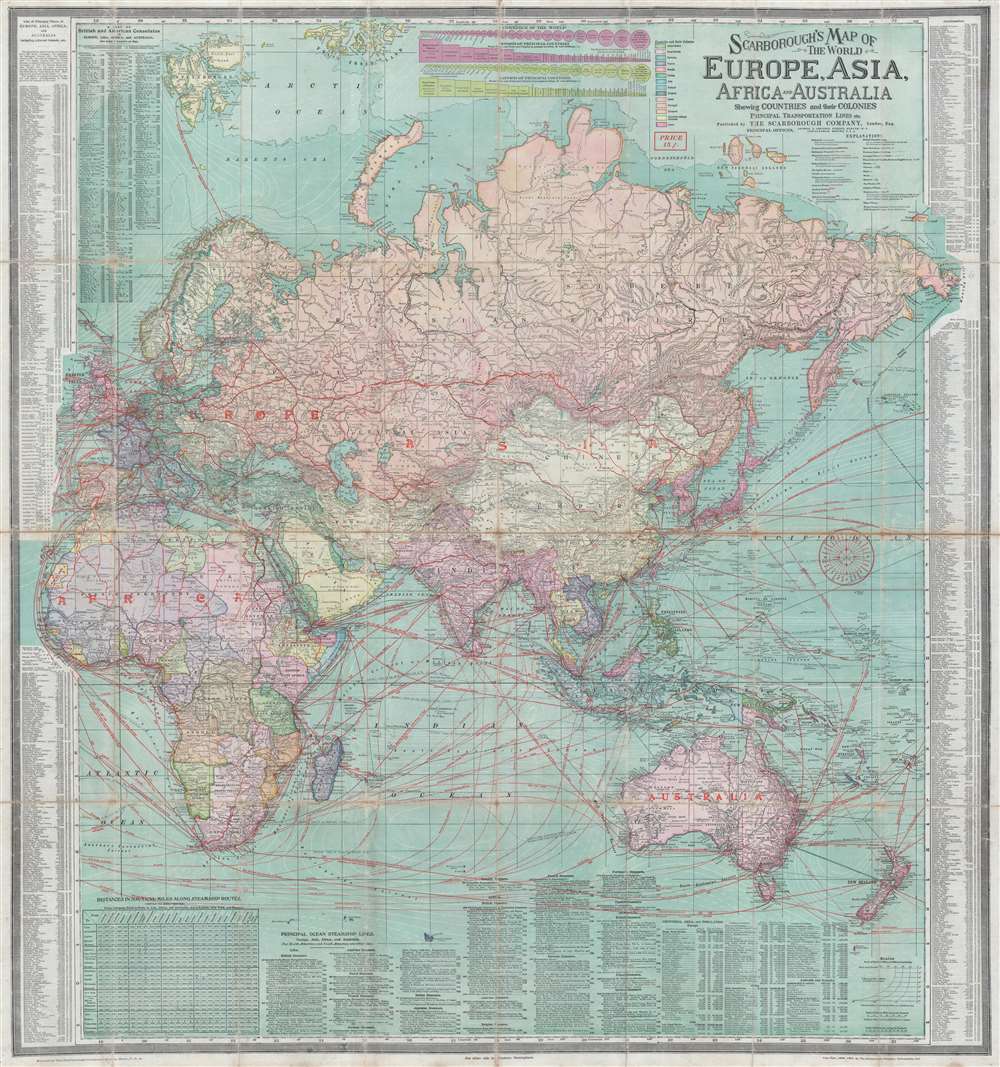 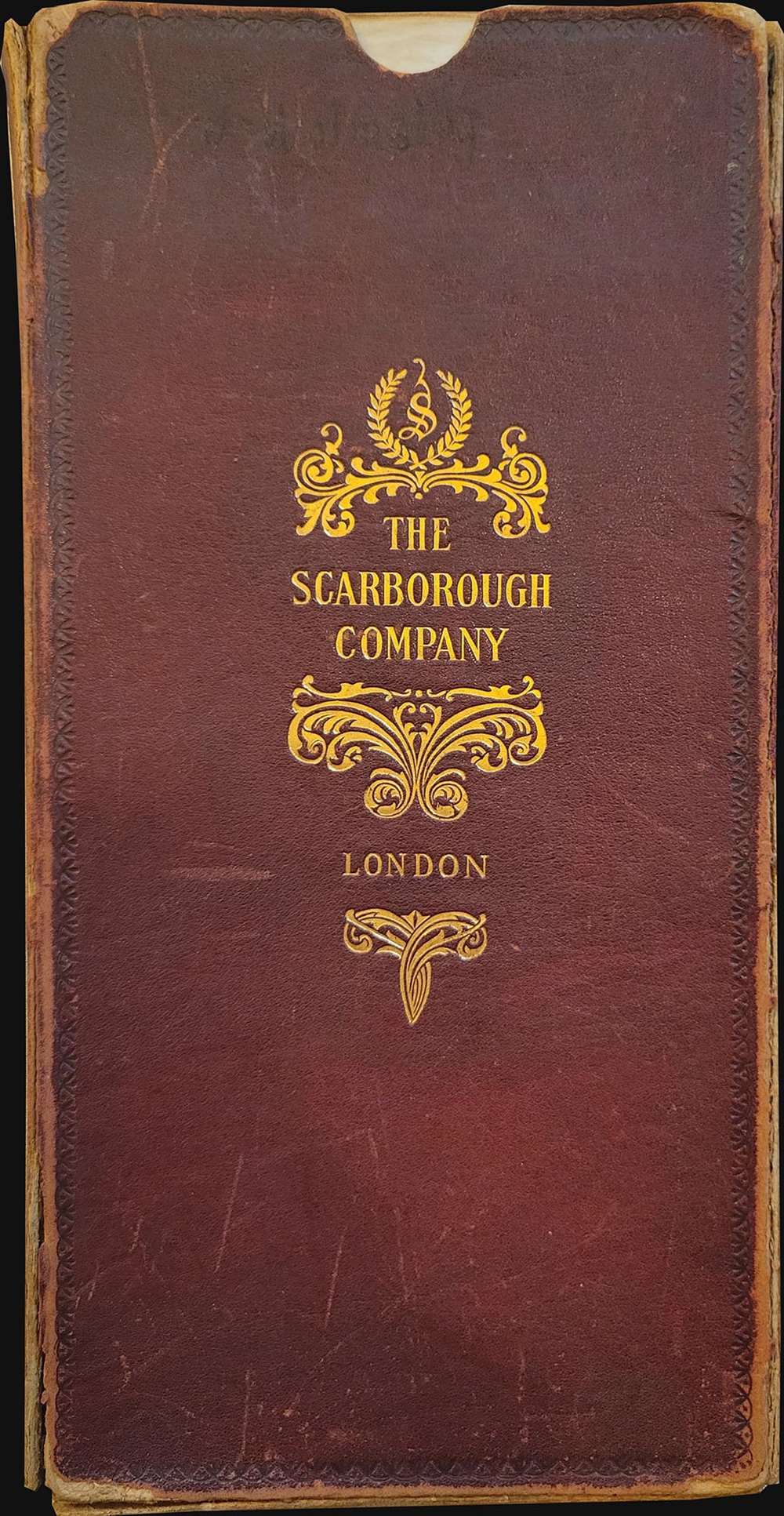 This is an impressive double sided 1907 map of the world by the London branch of the Scarborough Company. The map is on a single waxed silk sheet which has been printed on both sides: one detailing the Western Hemisphere, including the Americas, and the other detailing the Eastern Hemisphere, including Europe, Africa, Asia, and Australia. Particular attention has been paid to the global railroad and steamship network. Rail and steam lines are here highlighted in red overprinting. Each side features a wealth of additional information, ranging from the locations of British and American Consulates, to detailed city indexes, and populations statistics.

This map was first issued in 1906 by the Scarborough Company of Indianapolis, Indiana. It was reissued in 1907 - the present example - for the London branch of the firm, based at 5 Arundel Street, Strand. We note 5 or six examples in institutional collections. Scarce to the market.

Scarborough Company (1885 - 1913) founded by the brothers Walter C. Scarborough (June 4, 1862 - May 9, 1904) and Howard G. Scarborough (December 23, 1867 - June 10, 1905). Walter, the older brother, was born in Providence Rhode Island and studied at the Boston University Law School. The Scarborough brothers founded their map publishing concern in 1885. Initially there were three separate firms, the National Publishing Company (Portland, Maine, 1897) later based in Boston, the Dominion Publishing Company, based in Canada, and the Scarborough Publishing Company, based in London. These three firms each published semi-independently, but were merged with a capital of 1,000,000 USD in 1902, henceforth publishing under the Scarborough imprint. Howard took over full management of the Scarborough in 1904, when Walter died. Howard was himself in poor health, suffering from tuberculous, and relocated to Europe in 1900, where he lived in a sanatorium. He returned to the United States in 1902, settling first in Asheville, North Carolina, then at a sanatorium community in Oracle, Arizona. Until his death, he managed the Scarborough Company remotely. From about 1904, there was another branch the firm located at 227 East Ohio Street in Indianapolis, Indiana. After Howard's 1905 death, management of the firm, as well as its principle manufacture and distributing points, recoated to Indianapolis. In 1913 it became the Scarborough Motor Guide Company (c. 1913 - c. 1933). Learn More...