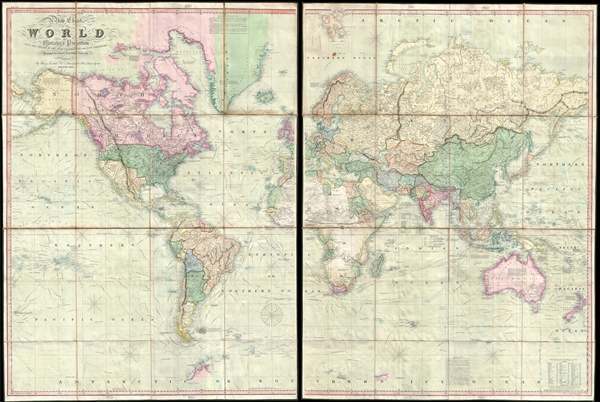 Very good. Bound into original leather binder. Original linen backing and edging. Size given is of entire map as if joined.