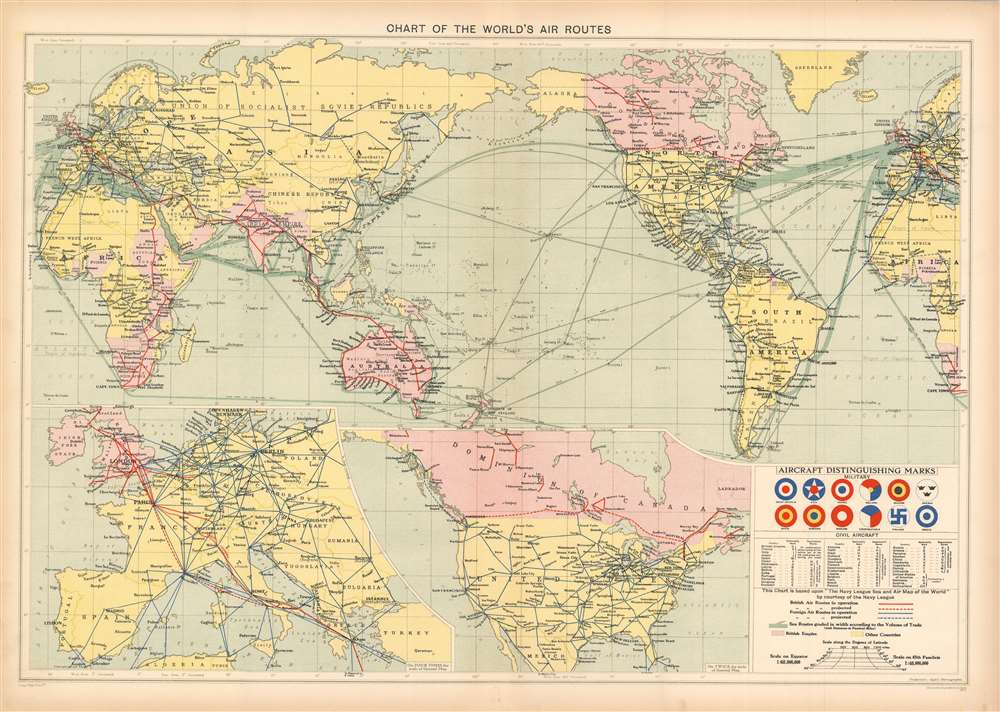 This is a c. 1935 George Philip and Son map of the world's air routes before World War II. Philips, a British publishing house, uses color to emphasize British routes and other assets worldwide. British air routes, both in operation and projected, are traced with red lines. Blue lines mark operational and projected air routes operated worldwide by any other nations. Even the colors used to fill in the countries of the world emphasize British power. Pink highlights states within the British Empire, while the rest of the world's landmasses are shaded yellow. Dark green shipping lanes crisscross and curve their way through the world's oceans. The width of each shipping lane correlates to its significance, with the most used lanes connecting the North America with Britain, and Britain with India. Two inset maps along the bottom border detail European air routes and routes in Canada and the United States. A text inset, situated in the lower right, includes drawings of some international military aviation insignia, along with information concerning the identification of civilian aircraft, and a key explaining the various notations and colors used. It also demonstrates that two different scales are used at the Equator and the 45th Parallels.

This map was created and published by George Philip and Son c. 1935. Our research suggests that it was published in Philips' Centenary Mercantile Marine Atlas because of a detailed OCLC reference.