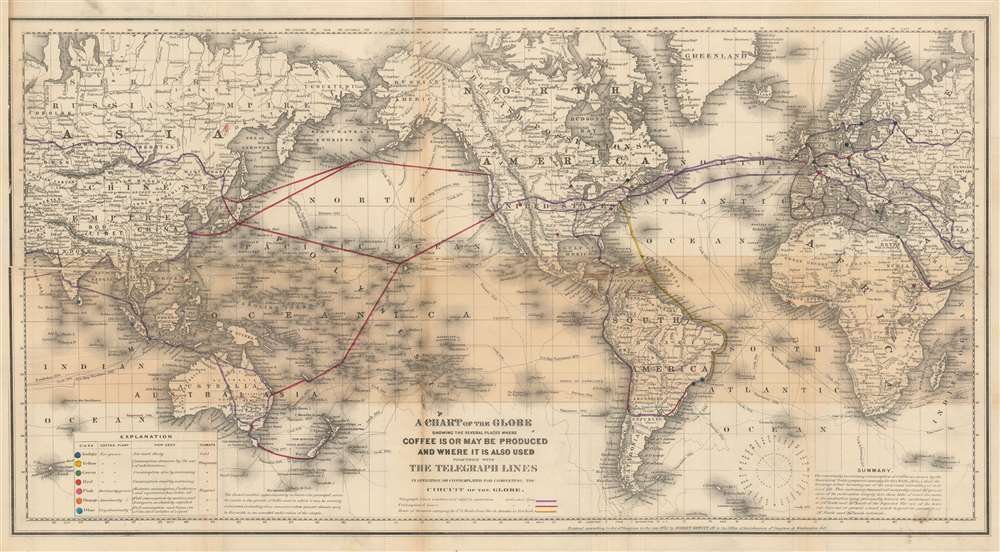 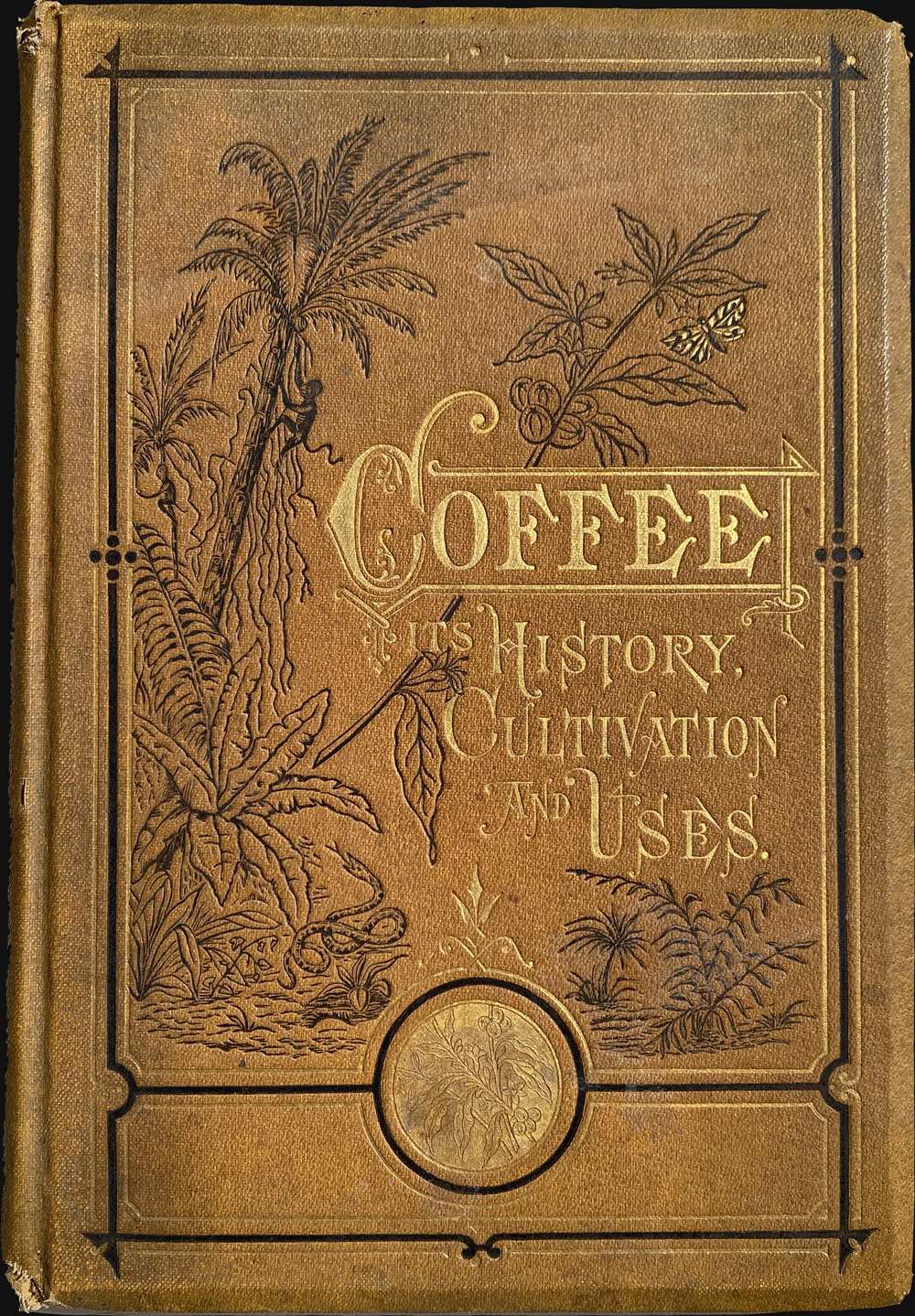 A fascinating 1872 thematic map of the world by Robert Hewitt detailing the global production and traffic in coffee - considered the first American map related to coffee - accompanied by a first edition of Hewitt's important book on the subject. Presented on Mercator's projection, the map dually identifies coffee production and consumption, and telegraph lines. A series of color codes referenced in the lower right break down the region according to the ability to grow and use coffee, and its rate of consumption, with places like Rio de Janeiro, Colombo (Sri Lanka), and Sumatra as centers of both production and consumption; places of increasing consumption, like Melbourne (Australia), the United States; places of limited consumption (mostly Scandinavian countries); and everything in between.

In the lower right corner, Hewitt summarizes his map in the context of the coffee trade,

The constantly increasing consumption of Coffee as shown by the Statistical Tables prepared expressly for this Work, proves that the beverage is fast becoming one of the universal necessities of civilized life. This increasing demand will naturally extend the present area of its cultivation largely into those belts of land favorable to its production lying principally between the isothermal lines of 25° North and 30° South of the Equator. The use of the beverage does not at present extend much beyond the parallels of 58° North and 35° South.

The 'land favorable' to coffee growth is the shaded tropic zone at center, loosely bounded by the Tropics of Cancer and Capricorn.

Of late years there has been a growing desire to know more about the coffee-producing districts in Java and Sumatra. The opening of the Pacific Railroad and the successful operation of the Submarine cables have done much to bring about more frequent communication with these important countries. American merchants have not been slow in availing themselves of the advantages in becoming better acquainted with those who have established important house in the East Indies … for much valuable information concerning the cultivation of coffee.

The Rio-New York mail packet route is of particular note, as it is associated with coffee plantations in Brazil. These Hewitt discusses at length in his work, detailing the volume and procedure of shipping bulk coffee from ports of Rio de Janeiro and Santos to New York.

Hewitt prepared this map in 1872 to illustrate his most famous work, Coffee: Its History, Cultivation, and Uses. The map itself is derived from the J. H. Colton world map of 1857, but no credit is given. The shading and coffee related content, as well as the proposed and extant telegraph data, is unique to this map. The individual map is scarce on the market and has no reference in the OCLC, but Hewitt's book does appear in several collections.

Robert Hewitt (May 31, 1841 - October 6, 1913) was a New York based American businessman active in the late 19th century. Hewitt worked in the coffee, sugar, and refrigeration industries, becoming president of the Manhattan Refrigerating Company. He is best remembered as coffee-broker and enthusiast, having written the first American book on this history of coffee, Coffee: Its History, Cultivation, and Uses. Hewitt retired from professional life in 1903 to peruse his interest in substantial collection of Lincolniana.