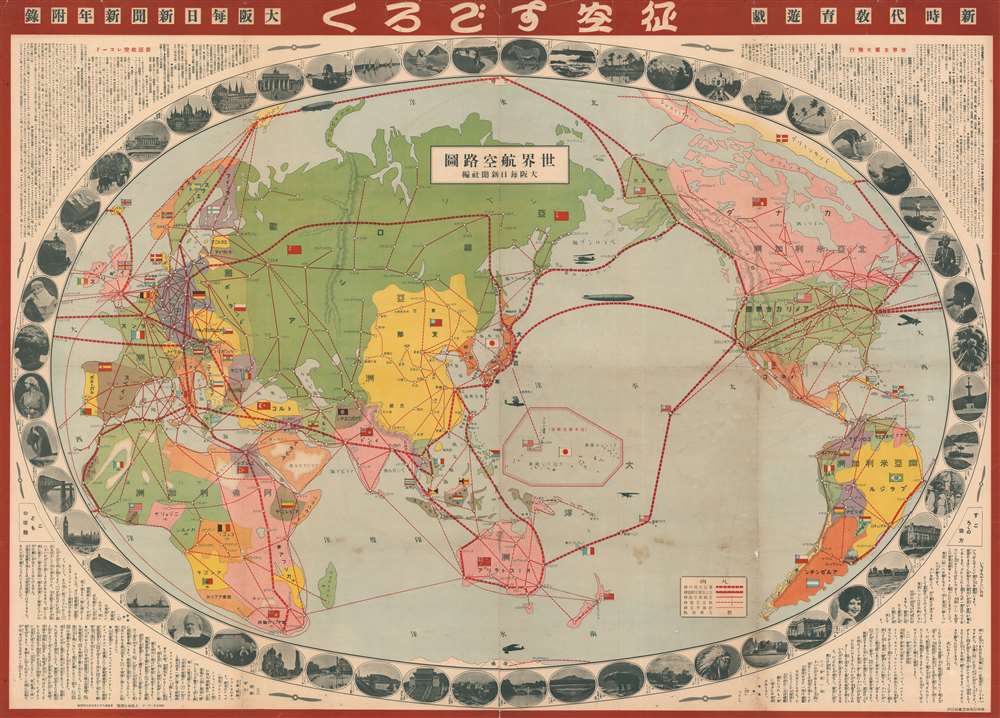 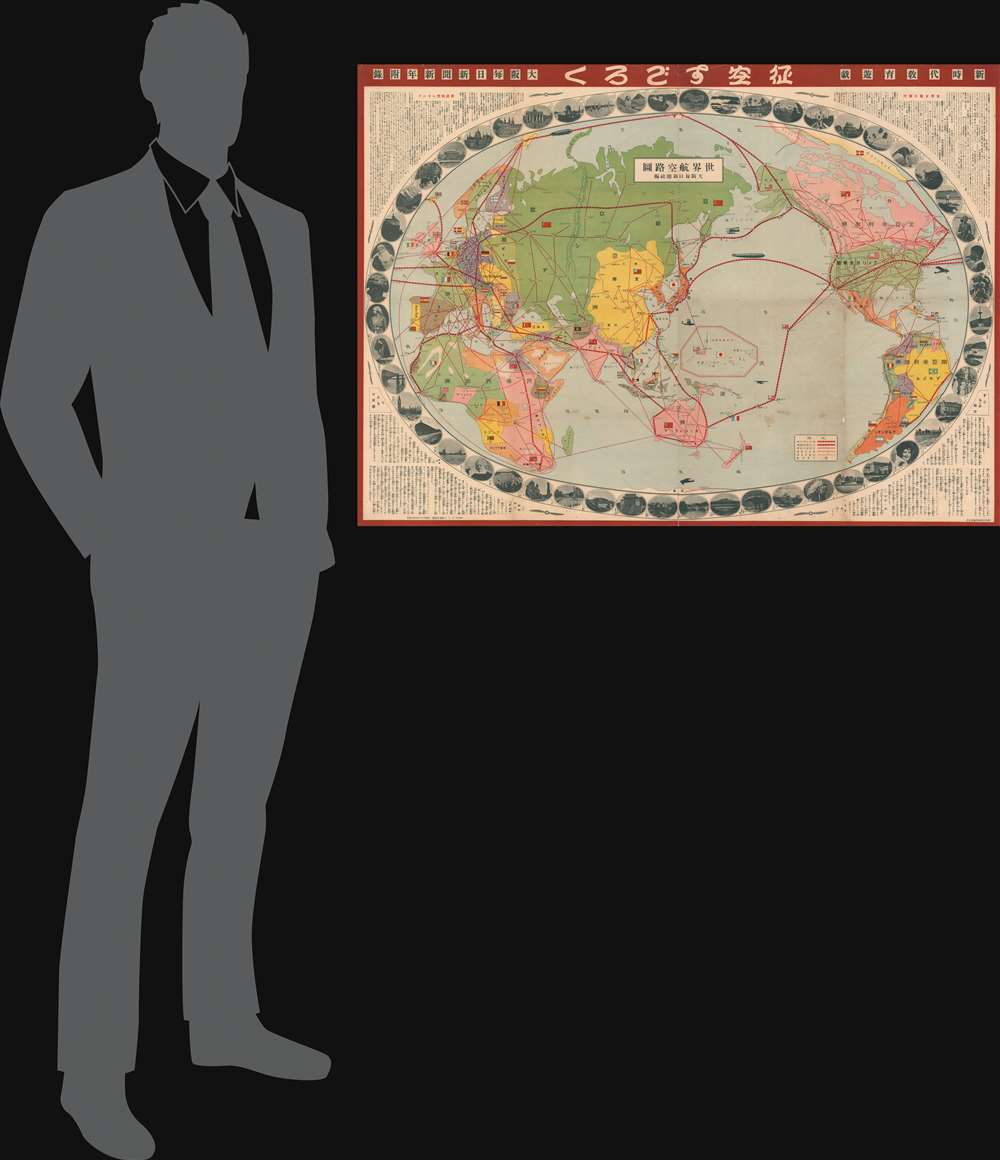 A rare 1930 or Showa 5 Japanese pictorial map of the world and sugoroku game. Presented on a Mollweide projection and centered on Japan, this map illustrates the entire world and historic flights paths are highlighted in red. The historic flights noted include the Circumnavigation of World by the United States Army Air Corps (USAAC) in 1924, Charles Lindbergh’s Solo Transatlantic Flight (May 20-21, 1927), the Airship Italia’s route to the North Pole (1928), and the Circumnavigation by the Graf Zeppelin airship in 1929. The map proper is surrounded by 52 vignette images illustrating global capitals, countryside, flora, fauna, and culture.

The Japanese subtitle describes the board as an 'Education Game for a New Age.' Game instructions appear at the bottom of the map. The essence of the game, generally known as simplified sugoroku, is akin to the western board game, snakes and ladders. Historically there are two variants of sugoroku, one that is similar to backgammon, and the presently offered 'snakes and ladders' variant. This version of the game appeared as early as the 13th century, and was popularized by the rise of printing technology, especially in the Edo and Meiji periods, leading to the production of high-quality visually-arresting gameboards. A standard sugoroku board has a starting point, the furi-dashi, and a winding or spiral path terminating at the agari or finish-line. The gameplay itself, not unlike 'snakes and ladders,' is a race to the finish.'

This game map was issued by the Japanese daily newspaper, Ōsaka Mainichi Shinbun (大阪每日新聞社編) for the New Year's Day edition, no. 16, 755. OCLC lists perhaps five copies worldwide and the map is uncommon on the market.