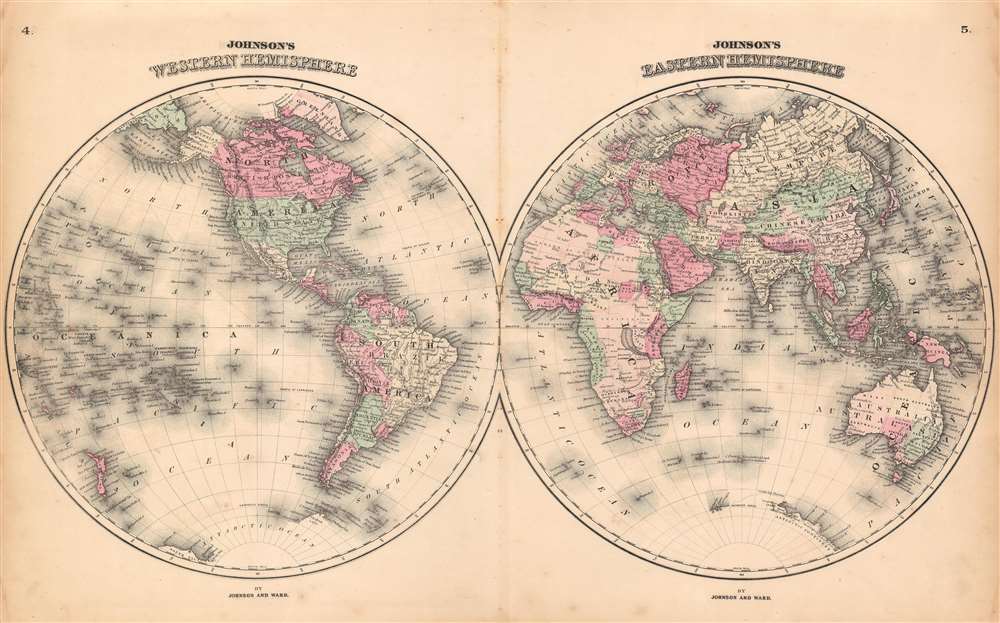 A scarce edition of Johnson's world map in hemispheres.

This is an 1863 A. J. Johnson and Benjamin P. Ward map of the world on a hemispherical projection. Offering a look at the world during a period of rapid globalization, the map depicts the world in two hemispheres, with the hemispheres meeting in the Atlantic Ocean. Africa is largely 'unexplored', though Lake Uniamesi, something that may be taken for an embryonic form of Lake Victoria, Lake Tanganyika or both, does appear. This curious lake, supposedly identified by Speak, was frequently written of in mid-century missionary reports as the source of several important African river systems, including the Congo. The Antarctic continent is partially illustrated, representing the relatively primitive state of Antarctic exploration in 1863. As this map predates the purchase of Alaska from Russia, Alaska is simply labeled as 'Russian Possessions'. Countries throughout the world are labeled, along with myriad cities and towns.