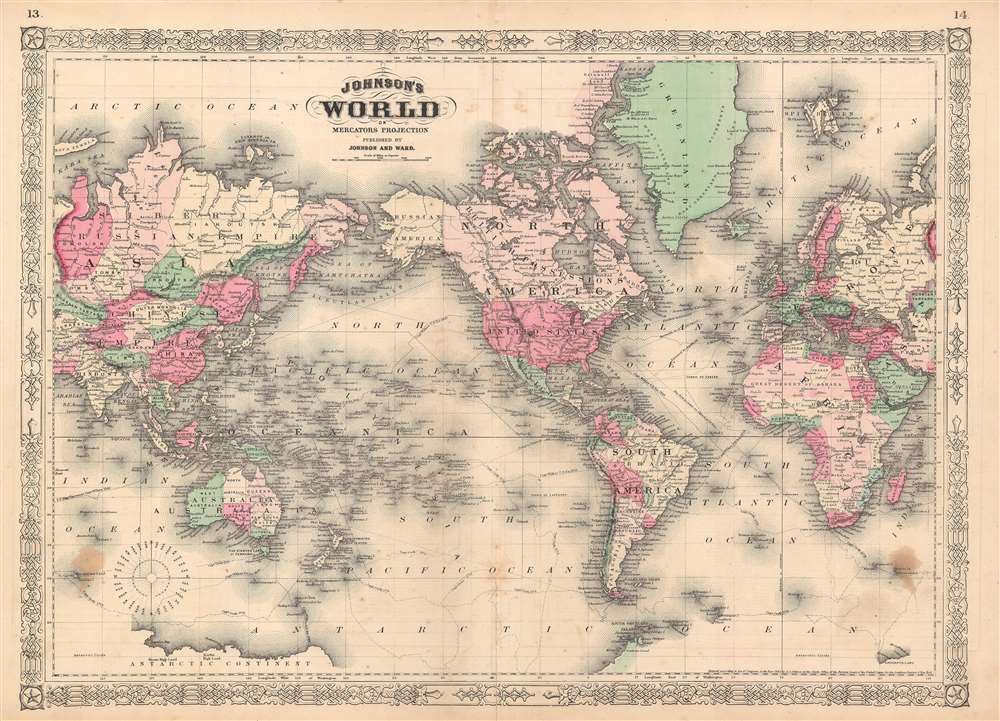 The routes of Captains Cook and Wilkes are depicted and the site of Cook's death is noted.

This is an 1865 A. J. Johnson map of the world on Mercator's Projection. The map depicts the entire world centered on North and South America. This edition was updated from earlier versions to reflect recent discoveries in Africa, including Lake Victoria's first appearance in a Johnson atlas, and the ongoing exploration of Antarctica. The Antarctic continent itself is shown only partially, representing the relatively primitive state of Antarctic exploration at that point. The routes of important explorers, including Cook and Wilkes, are illustrated. Several ship routes between America and Europe as well as the path of the Atlantic Telegraph Cable are also noted. The whole features the Grecian style border common to Johnson's atlas work from 1864 to 1869.

This map was prepared by A. J. Johnson for publication as plates no. 13 and 14 in the 1865 edition of his New Illustrated Atlas…. Dated and copyrighted: 'Entered according to Act of Congress in the Year of 1865 by A. J. Johnson in the Clerk's Office of the District Court of the United States for the Southern District of New York.'