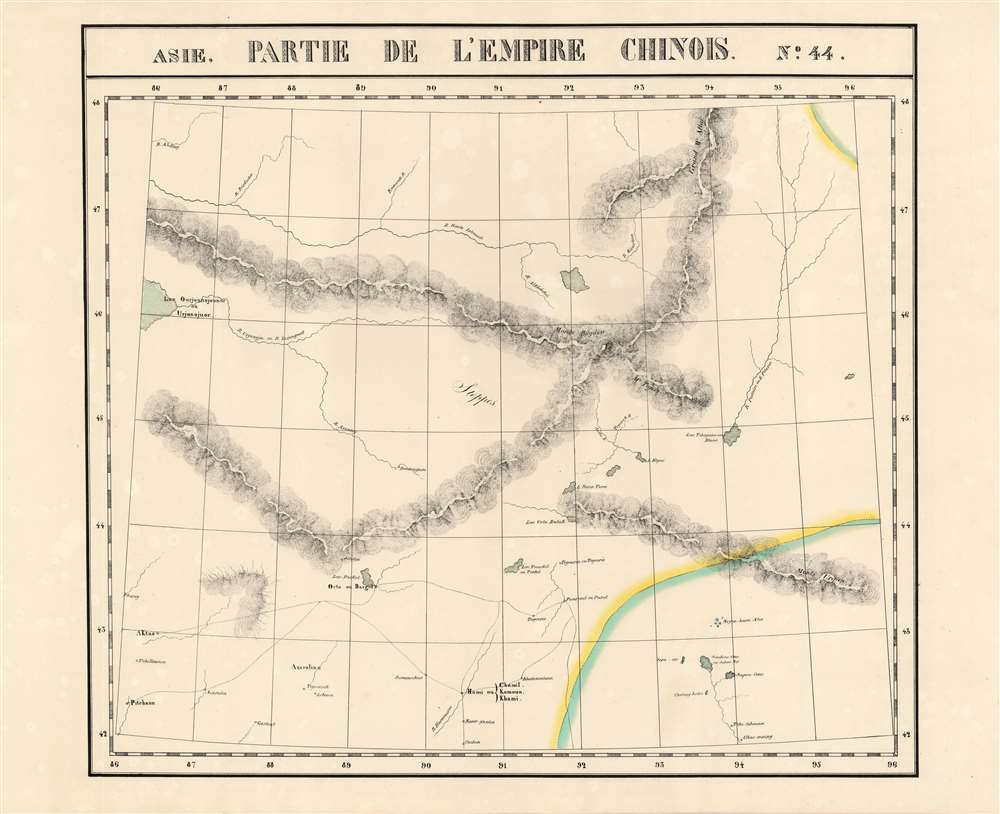 This is Vandermaelen's 1827 map of Xinjiang Provincem, northwestern China, and south-central Mongolia. It is the first map of the region produced by lithography. Xinjiang, even in the nineteenth century, remained for Europeans one of the least-understood parts of the world. The northwest portion of the map shows the upper Irtysh River, near its headwaters on the border with Mongolia. The lake 'Ourjounojounor' may correspond with Lake Balkhash, Kazakhstan. Further to the south, Lake Barköl, now part of the Barköl Kazak Autonomous County, Kumul Prefecture is shown. A number of settlements are named in the southern portion of the map, which for the most part details the western Gobi. Of these settlements, the most recognizable is Hami, an ancient city known for its delicious melons.

This map appeared in the second part, Asie, of Vandermaelen's Atlas universel de géographie physique, politique, statistique et minéralogique. The atlas was produced in one edition in 1827; only 810 complete sets were sold. The full set of six volumes appears in eleven institutional collections in OCLC; the 6th volume alone is listed in about thirteen. This separate map is not cataloged in OCLC.