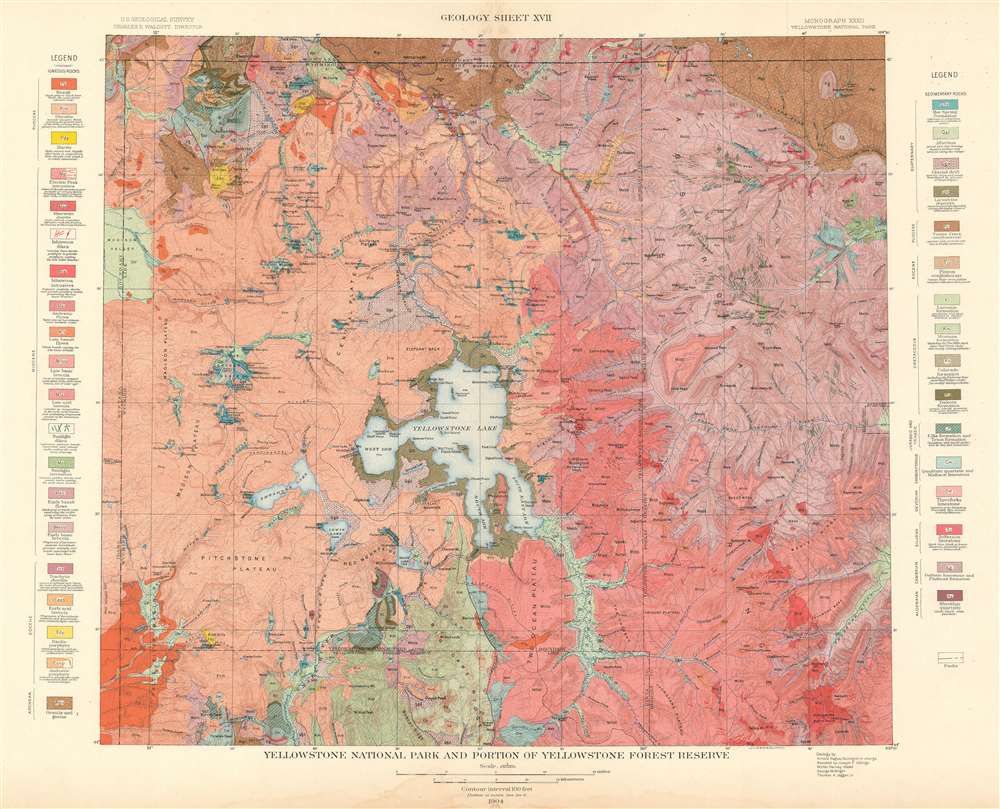 The most geothermally active place in the Western Hemisphere - Yellowstone National Park!

This is a 1904 Arnold Hague and U.S. Geological Survey geologic map of Yellowstone National Park, Wyoming. Centered on the Yellowstone Lake, the largest mountain lake in the United States, the map depicts the entirety of Yellowstone National Park, as well as part of the Yellowstone Forest Reserve. It is part of Hague's study of the region's unique geology and related geothermal activity. A legend situated on both the left and right sides details the geological formations illustrated throughout. Fault lines running throughout the park are traced using thin dashed black lines.

This map was created under the supervision of Arnold Hague with geology by Walter Harvey Weed from survey data collected in 1889 by a team under the supervision of Frank Tweedy. The map was published by the United States Geological Survey in 1904 and printed by Julius Bien. An example is part of the David Rumsey Map Collection, but it is not individually cataloged in OCLC. The atlas in which it was published, however, is very well represented institutionally.