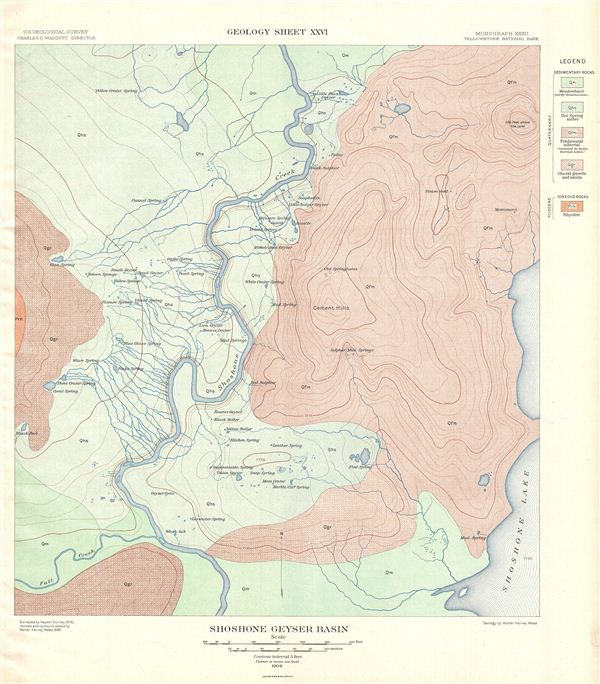 The highest concentration of Geysers in the world!

A fine example of Arnold Hague's 1904 geological survey map of the spectacular Shoshone Geyser Basin in Yellowstone National Park, Wyoming. Centered on the Shoshone Creek, the map covers the basin from the Shoshone River and Fall Creek to Yellow Crater Spring and the Cement Hills. The map identifies numerous springs and other sites of interest throughout. The pristine Shoshone Geyser Basin is said to contain the highest concentration of geysers in the world with an estimated 110 thermal features. The most notable of these are the Minute Man, Union and Little Bulger Geysers. This particular map was part of Hague's study of the regions unique geology and the related geothermal activity. The map is color coded to indicate geological zones with a legend set in the upper right quadrant. Published by the United States Geological Survey in 1904.