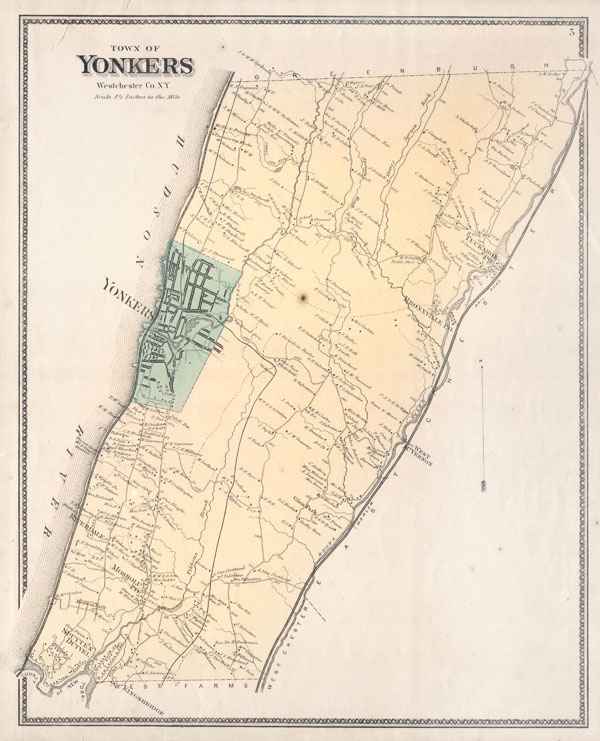 This is the scarce Yonkers sheet from Beers' 1867 Atlas of Westchester County, New York. When this map was produced 'Yonkers' consisted of what is today the Bronx, modern day Yonkers, and other communities as far north as Greenbush. Includes Riverdale, Mosholu, Hudson Park, Wst Mt. Vernon, Bronxville, Tuckahoe, Glen Park, and other communities. The extraordinary detail of this map, down to individual households with family names, make it a fascinating study for the family researcher or historian.

Very Good condition. Minor age toning. One minor fox-mark just to the right of Yonkers proper..
Looking for a high-resolution scan of this?