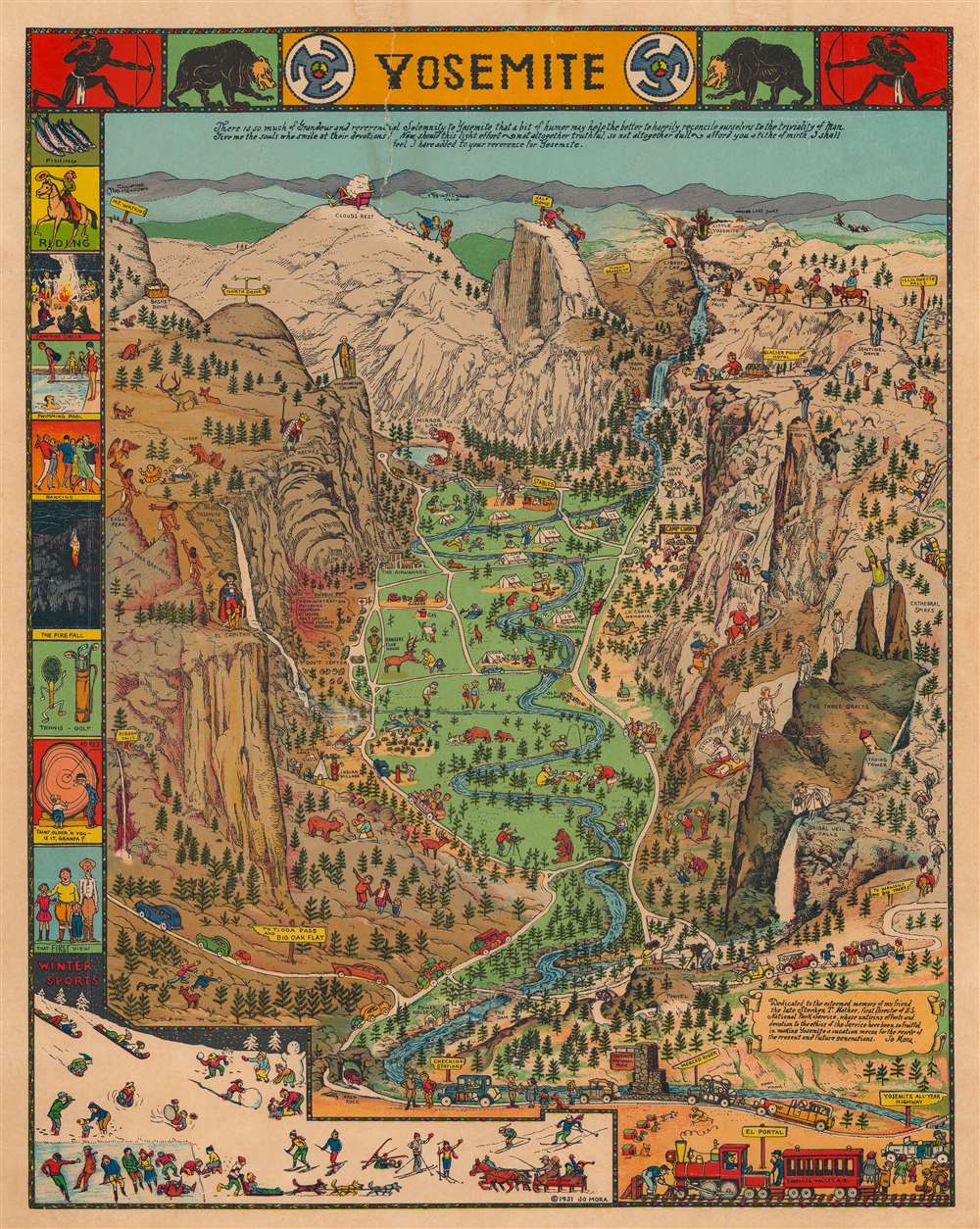 This is a 1949 Jo Mora pictorial map of Yosemite National Park in California. The map centers on Yosemite Valley and identifies several of the granite peaks that surrounds the valley, including Half Dome and El Capitan. Most of these are topped by comical illustrations of their names. A Spanish conquistador, for example, stands atop El Capitan, a cloud lounges in an easy chair at the summit of Clouds Rest (the highest peak around Yosemite Valley), and George Washington appears at the top of Washington Column. A bride in her wedding gown and veil peers over Bridalveil Falls, while a bishop precariously straddles Cathedral Spires. Vernal Falls, Nevada Falls, and Yosemite Falls are all illustrated and labeled.

The valley itself, as well as the granite heights surrounding it, is filled with tourists enjoying their time in the park. People are illustrated picnicking, camping, fishing, swimming in the river, feeding deer, and fleeing bears who have decided to help themselves to their picnic! Another visitor is taking a photographic portrait for a couple of bears. Still others appear on horseback or hiking the steep trails. Cars filled with awe-struck admirers of the landscape travel along the meandering roads toward campsites and lodges. A border featuring vignettes of activities at the park, including swimming, a campfire circle, horseback riding, winter sports, and fishing, is situated along the left side. A text box in the lower right corner bears a dedication to Mora's friend Stephen T. Mather, the first Director of the U.S. National Park Service.

This map was created by Jo Mora and first published in 1931 in black and white. At least two other colored editions were published in 1941 and 1949, respectively, with the current example corresponding to 1949, based on the addition of the sign that reads 'To Tioga Pass and Big Oak Flat'. On both the 1931 and 1941 editions, the sign reads simply 'To Big Oak Flat'.