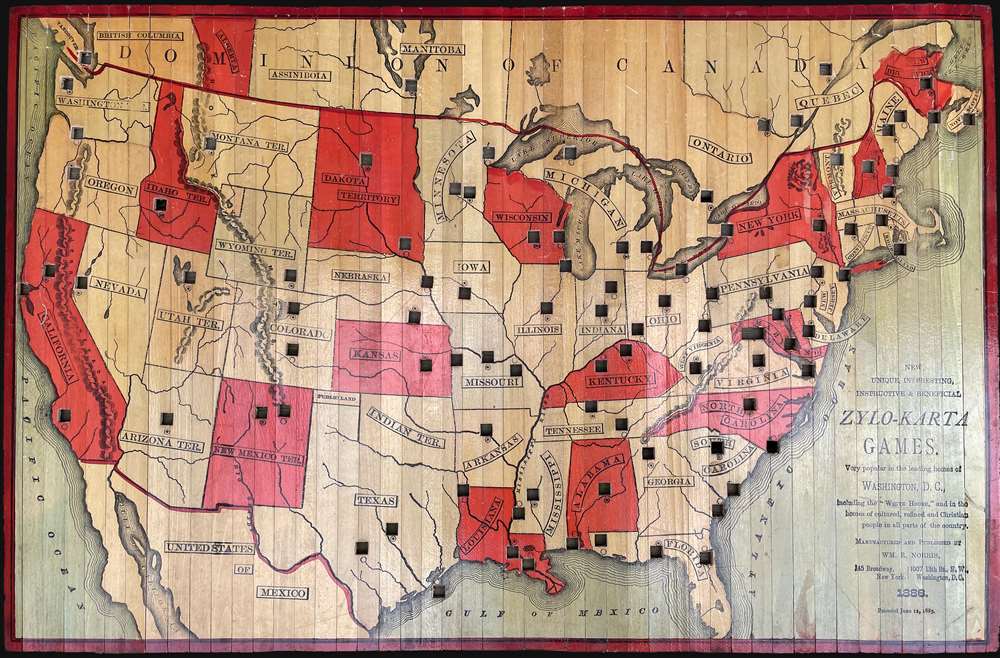 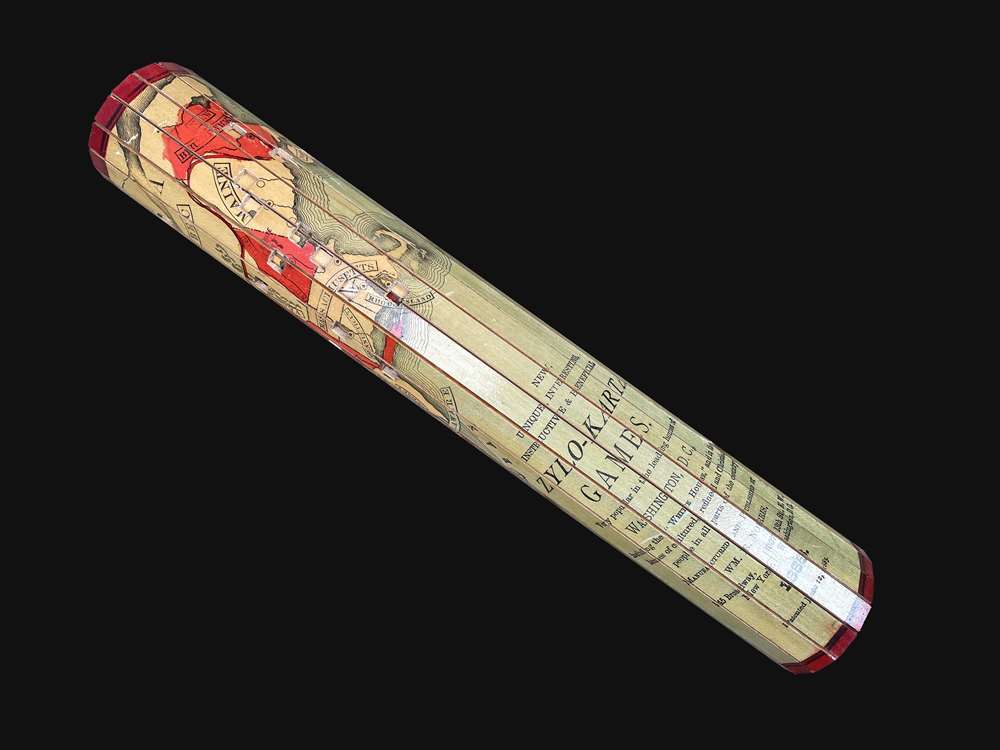 'Very popular in the leading homes of Washington, D.C., including the 'White House,' and in the homes of cultured, refined and Christian people in all parts of the country.'
$1,000.00

A most unusual 1886 rolling wooden game board map published by William R. Norris. The name 'Zylo-Karta' literally means wooden map. It is printed on wooden tambour slats that roll for easy storage. The game board is pierced with about 100 square holes that were originally intended to accommodate 'city pins', wooden pegs printed with city names, population, and other data. The game is thus intended to tach politics and geography. Unfortunately, in this case, the pins are lost and not included. The game is promoted as

Very popular in the leading homes of Washington, D.C., including the 'White House,' and in the homes of cultured, refined and Christian people in all parts of the country.

We wonder how much time Grover Cleveland many have had for playing 'Zylo-Karta'?

On December 20, the following small add appeared in the New York Time,
ZYLO-KARTA.
A NOVEL EXHIBITION ON FOURTEENTH-STREET.

A window at 44 West Fourteenth-street is now attracting throngs of people. In it are seated several persons engaged in playing the new game Zylo-Karta. This might be described as geographical chess. It is really a series of games, consisting of 97 blocks and a map of theUnited States. Each State Is marked to separate coloring, and each block fits into a hole representing a city. Several games may be played on the Zylo-Karta board, adapted to the intellect of a child or to that of a skilled chess player. W.R. Norris of Schenectady, N.Y., the inventor and manufacturer of Zylo-Karta, gives free instruction in the games this week at his place in Fourteenth-street. Hundreds of people saw the games played yesterday, and Mr. Norris, who merely exhibited them experimentally, is now obliged to arrange tor a large sale after the holidays.His invention is a delightful holiday gift.

Very good. Game board only. No pieces.