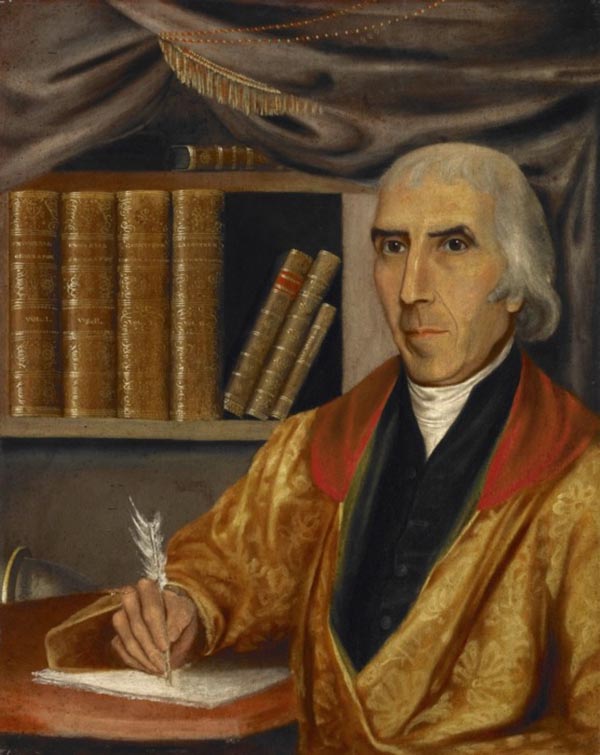 Jedidiah Morse (August 23, 1761 – June 9, 1826) was an American geographer and minister active in Connecticut during the late 18th and early 19th centuries. Morse wan born in Woodstock, Connecticut and studied at Yale University, earning a M. A. in 1786. He advocated for better education for young women and founded a school to this end in New Haven in 1783. Morse was active in religious circles and often railed against the 'assaults of Unitarianism.' Nonetheless, it was as an advocate for women's education that Morse contributed the most to cartography. Recognizing a need for better textbooks, he published a series of geographies including Geography Made Easy (1784), American Geography (1789), and the Universal Geography of the United States (1797). His work with geographical textbooks earned him the informal title 'Father of American Geography.' He married Elizabeth Ann Finley Breese sometime after 1789, when he became a pastor in Charlestown, Boston, with whom he had several children. His eldest son, Samuel Finley Breese Morse (April 27, 1791 – April 2, 1872), was a noted painter and telegraphy pioneer (also a co-developer of Morse code). Some of his other children were Sidney Edwards Morse (February 7, 1794 - December 24, 1871), a noted geographer and inventor, and Richard Cary Morse (1795 - 1868), who helped his father with his geographical work and founded the New York Observer with his brother Sidney.

1792 Purcell Map of the United States w/ State of Franklinia