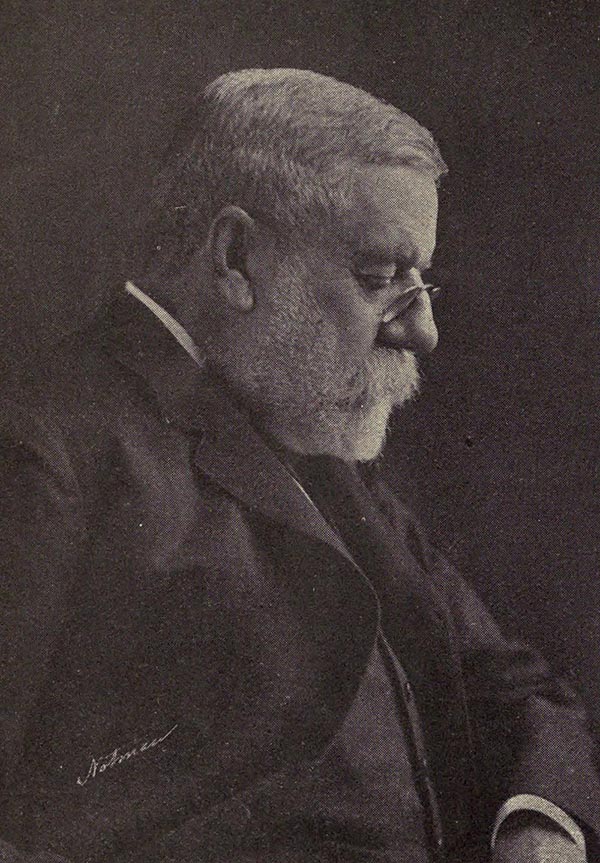 Charles Sprague Sargent (1841-1927) was an American botanist who was the first director of Harvard's Arnold Arboretum, a post which he held for 54 years. Sargent graduated from Harvard College in 1862 with a degree in Biology and immediately joined the United States Army and served in Louisiana during the Civil War. Following his time in the army, Sargent spent three years touring the botanical gardens of Europe. Upon his return, he took it upon himself to care for the grounds of his family estate, Holm Lea in Brookline, Massachusetts. In 1872, Sargent was appointed as a professor of horticulture at the newly formed Bussey Institution and in 1873 was named Director of the Arnold Arboretum. The Arboretum slowing began to take shape in the years following his appointment, and, beginning in 1878, Sargent began working with the renowned landscape architect Frederick Law Olmstead on a path and roadway system. In 1880, Sargent's expertise was called upon by the Department of Forestry to conduct a census of the trees of the United States by region, which was published in 1884 as Report on the Forests of North America (exclusive of Mexico). Sargent was influential in the creation of both national forests and national parks over the course of his career. It is said that Sargent spent all his waking hours either working in the administration building that he had raised the funds to have built, or wandering the grounds of the Arboretum. His expertise was renowned, even his own staff considered him to be a 'one-man institution'. After Sargent's death in 1927, Massachusetts Governor Alvan T. Fuller planted a white spruce on the grounds of the Massachusetts State House in his memory, stating, 'Professor Sargent knew more about trees than any other living person. It would be hard to find anyone who did more to protect trees from the vandalism of those who do not appreciate the contribution that they make to the beauty and wealth of our nation.'