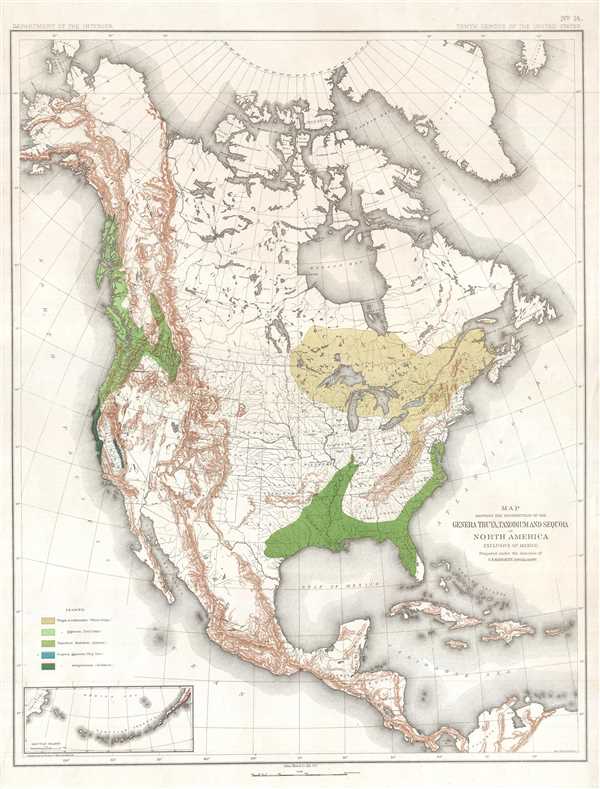 The ranges of cedar, giant sequoia, and California redwood trees in North America.
$300.00

As the title suggests, the purpose of the map is to illustrate the distribution of genera Thuja (Thuya), Taxodium, and Sequoia. Per the legend along the left border, five different species of tree in these three genera inhabit North America. The different colors present on the map indicate where white cedar, red cedar, cypress, giant sequoia, and California redwood trees existed in continental North America. These five species are members of the cypress family. Per the map, these five species each have rather specific ranges. The giant sequoia, for example, can only be found on the western side of the Sierra Nevada Mountains.

Although created to illustrate the distribution of these five different species of tree, several other aspects of the geography of North America are also depicted. Myriad rivers are labeled, as well as all the contemporary states, which at the time included the Indian Territory and Dakota as well as the Alaska Territory. State capitols and other major cities are labeled. Mountain ranges are depicted in both North and Central America. An inset map is located at the lower left corner and depicts the Aleutian Islands and Kamchatka.