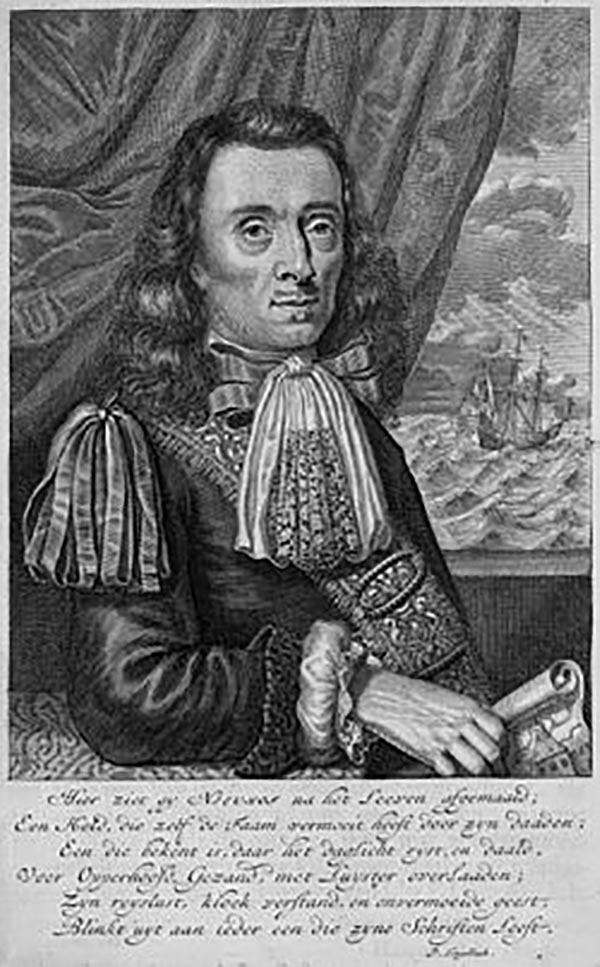 Johan Nieuhof (1618 - 1672) was a traveler and explorer with the Dutch East India Company. Born in Uelsen, a small town in Lower Saxony near the Dutch-German border, Nieuhof spent most of his life in Brazil, China and India. He is most famous for his written account of his journey from Canton to Peking in 1655-1657 called An embassy from the East-India Company of the United Provinces, to the Grand Tartar Cham, Emperor of China. The book, which improved European knowledge about China, also severed as a major influence for the growth of Chinoiserie, making Niefuhof an influential Western writer on China. While stationed in Ceylon, he was imprisoned for trading illegally in pearls and later fired from the Dutch East India Company. After a short family visit in 1672, on his way back to the East Indies, he stopped in Madagascar and traveled inland to trade with the local tribes as well as secure water for the crew, but never returned. The captain, after waiting three days, assumed that Nieuhof and his company were killed. Later, a ship was sent from the Cape of Good Hope to retrieve the party, but found no trace of Nieuhof or his company.