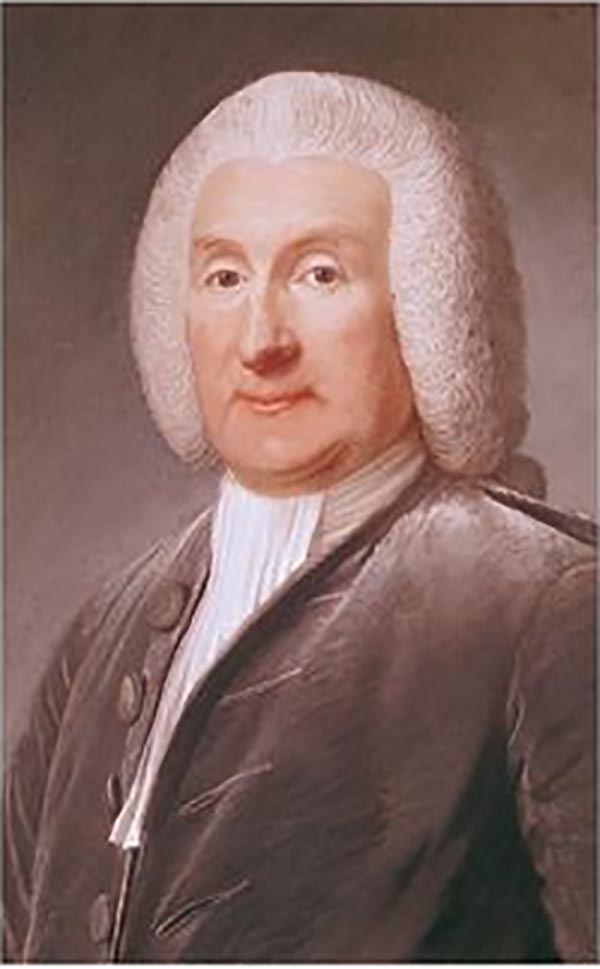 Antoine de Sartine (July 12, 1729 - September 7, 1801) was a competent, ruthless, and extravagant figure who dominated Paris for nearly 15 years. Formally Antoine Raymond Jean Gualbert Gabriel de Sartine, comte d'Alby, Sartine was born in Barcelona, Spain, the son of French financier Antoine Sartine. Upon the death of his mother, young Antoine was sent to Paris to be educated in Law. Following his studies, Sartine purchased the commission of Criminal Lieutenant of Police and was subsequently ennobled. A favorite of the King, he was soon appointed Lieutenant General of Police in 1759. This effectively made him dominant local power in Paris. Despite his purchased commission, Sartine proved to be a competent and effective city administrator. Paris flourished under his care, he restored public buildings, founded schools, improved finances, and tempered police corruption. He was also head of the French Intelligence organization, at the time the envy of Europe, and reported daily to the King with all of the city's gossip and scandals. This earned him the 1775 commission of Secretary of State for the Navy and the honorific rank of Minister of State. Sartine proceeded to expand and advance the French navy in competition with England. His influence put the French in a position to aid the American Revolutionaries against the British at the close of the Revolutionary War. It was during his tenure as head of the French Navy that Sartine ordered the creation of numerous updated nautical charts. Sartine's expansion of the Navy was reconsidered and deplored for its depletion of the French national treasury. As a result he was dismissed with honors in 1780. Following his dismissal, M. Sartine remained in Paris until the outbreak of the French Revolution. Unpopular with the French citizenry for his work as Police Lieutenant, he wisely fled to his childhood home of Barcelona, Spain. This no doubt saved his life as his son, who chose to stay behind, was shortly thereafter arrested and condemned to execution. Antoine de Sartine died in Tarragona, Spain in 1801.