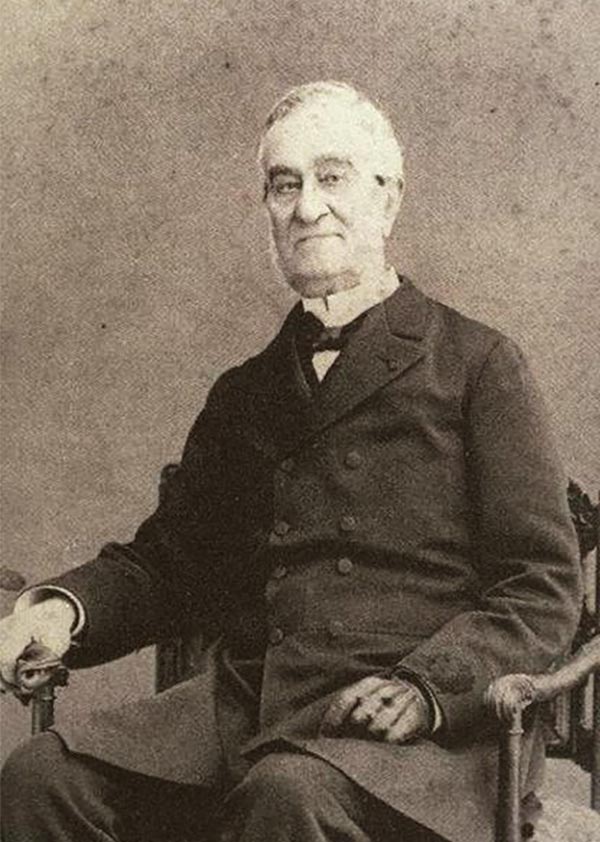 Jean-Baptiste Michel Adolphe Goupil (March 7, 1806 - May 9, 1893) was a French publisher and seller of art and prints during the 19th century. Born n Paris, he founded the company Goupil et Cie, which became one of the world's biggest art dealers during the 19th century. Goupil founded his first company in 1827 and then partnered with Henry Rittner (1802 - c. 1840), another Parisian print dealer, in 1829. Rittner disappears in 1840. Goupil found a new associate, Théodore Vibert (1816 - 1850), between 1841 and 1842 and the firm become Goupil, Vibert et Cie. Beginning in 1848, Goupil and Vibert embarked on an ambitious plan to create a worldwide network of associated dealers and opened branches in London and New York. Vibert died in 1850 and left several children, whom Goupil looked after. Starting in 1846, Goupil began to move away from dealing exclusively in prints and began buying and selling paintings. Over the next few decades, Goupil's firm became one of the largest art dealers in the world. Goupil, who lost two sons during his lifetime, slowly began to withdraw from working in 1884 and his associate Léon Boussod (1826 - 1896) took over the business in 1886 and renamed it 'Goupil et Cie - Boussod, Valadon et Cie successeurs'. The firm continued to operated until Vincent Imberti bought the company's archive in 1921.