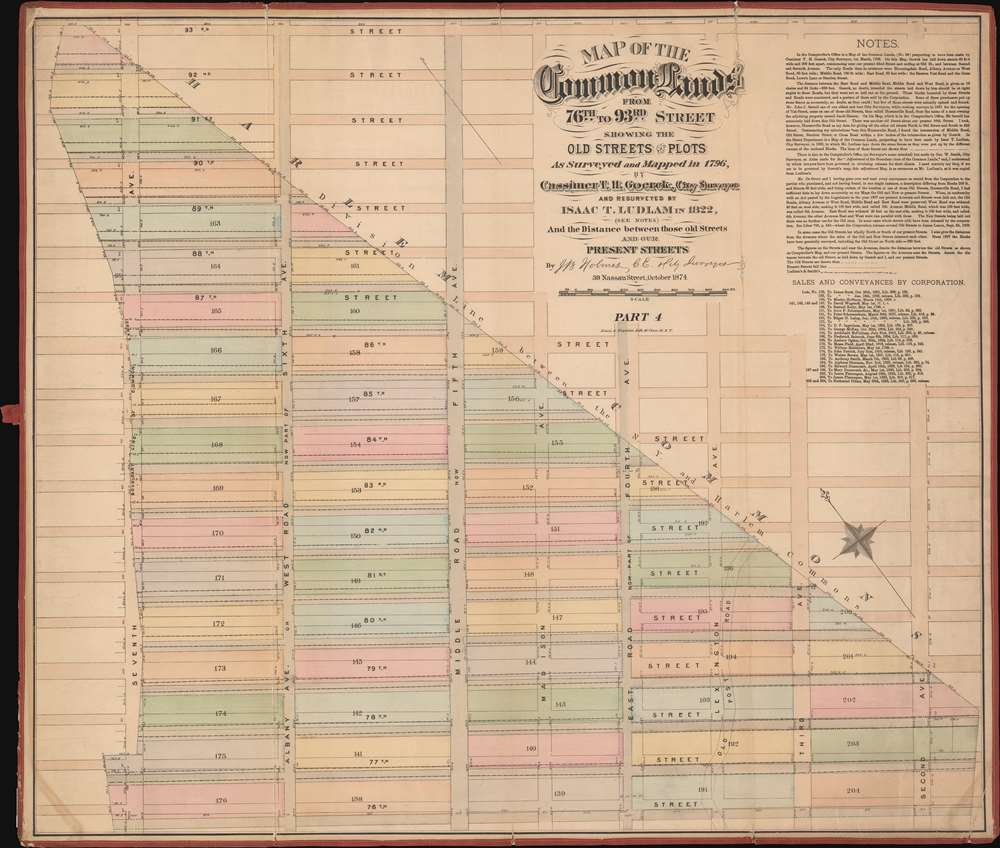 Depicts the neighborhood as it was in the 1790s: dominated by the Common Lands and long before Central Park was even conceived.
$4,500.00

This is a John Bute Holmes 1874 cadastral map of the Upper East Side neighborhood of Manhattan - the only specific map of this area to appear in the 19th century. The map depicts the region from Seventh Avenue (or at least where it would be if Central Park hadn't been built) to Second Avenue and from 93rd Street to 76th Street. The bulk of the map is occupied by the northern reaches of the Common Lands, including the boundary between the Common Lands and the village of Harlem. This boundary was a diagonal line approximately from the intersection of today's Second Avenue and 79th Street to what would be the intersection of 92nd Street and Seventh Avenue, if Central Park had not been constructed. Also evident are the early planning stages of what would become Park Avenue - some of New York city's most covented real estate.

This map was created and published by John Bute Holmes in 1874. Three examples are part of institutional collections at Princeton University, the New York State Library, and the University of Wisconsin-Milwaukee. Although uncatalogued, we believe that the New York Public Library also has an example.