1874 Holmes Map of the Lower East Side and Two Bridges. Manhattan, NYC 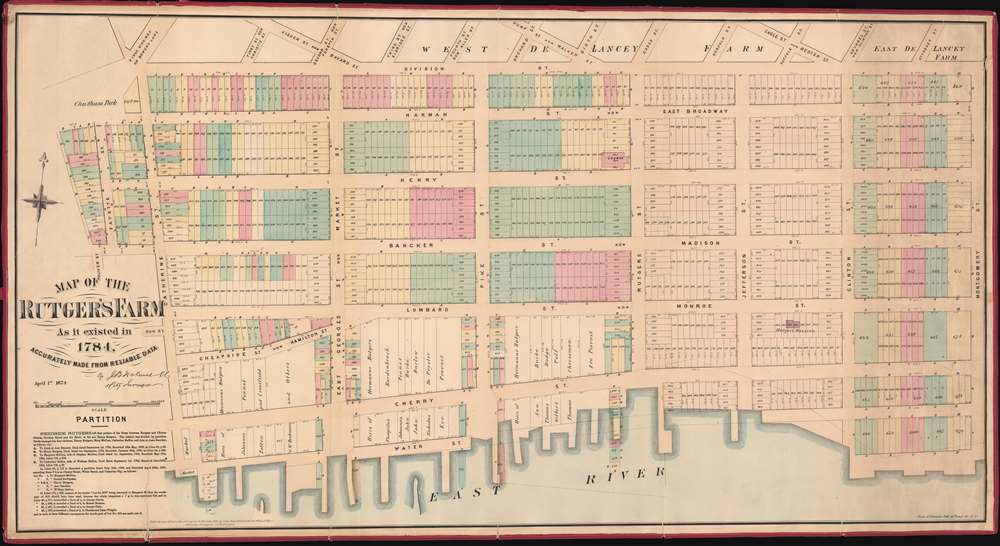 1874 Holmes Map of the Lower East Side and Two Bridges. Manhattan, NYC

Depicts the original boundaries of the Rutgers Farm, the first settlement on the Lower East Side.
$5,000.00

This is a John Bute Holmes 1874 cadastral map of the Lower East Side and Two Bridges neighborhoods, which have historically been considered one neighborhood. A traditionally immigrant, working class neighborhood, the map depicts from Oliver Street to Montgomery Street and from Division Street to the East River.

The Rutgers Farm, which occupied the entirety of this map, was purchased by Marmanus Rutgers in 1728. The Rutgers family had been brewers in the Dutch colony of Nieuw Nederland for five generations, which was a valuable commodity due to the polluted municipal water supply. Later, the farm was broken up into smaller parcels for inheritances and eventually sold off as individual lots.

This map was created and published by John Bute Holmes in 1874. Six examples are part of institutional collections at the New York Public Library, the New York Historical Society, Princeton University, the New York State Library, Harvard, and The British Library.